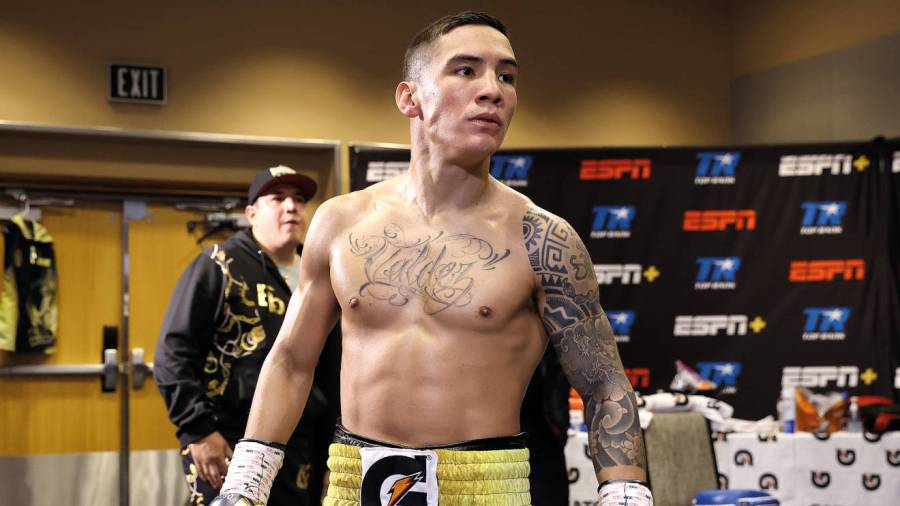 This week's panellists were asked to discuss Oscar Valdez and his failed drug test, as well as 58-year-old Evander Holyfield and his return to the ring

Question: How do you feel about Oscar Valdez being cleared to fight this Friday despite failing a performance-enhancing drug test?

It’s sad as I know Oscar as a person and don’t think he’s done this intentionally. But I’m completely against it going ahead. Where is the line drawn going forward now, in terms of a failed test? It’s a bad look for a sport that is already dangerous enough. Now, with the blurred lines, it could be made even more dangerous.

As disgusting as it is, I’m not shocked. And that’s as damning a statement as I can make on it.

I don’t think the fight should be happening. Given the situation around Valdez’s test result I don’t see how either he or Robson Conceicao can be in a fit mental state to box on Friday night.

I think it’s disgusting and extremely dangerous. It makes a mockery of testing in the first place, because why test if there’s no consequences for a failed test? And what is the deterrent to stop people in future? It will actually encourage.

I think it’s terrible for the sport. I think it’s the wrong decision. But the saddest thing about it is that I’m not surprised and I don’t think anybody else is surprised that the fight is still going ahead. I could rant a lot about it but what good is it going to do? It just happens all the time in boxing, doesn’t it?

Question: How do you feel about Evander Holyfield being licenced to fight in Florida at the age of 58?

Again, I’ll say I’m completely against this happening, also. These guys have already got lasting damage from boxing and are at a much higher risk of getting hurt now than they ever were during their fighting prime. I get that it’s their choice, and they might earn money from it, but sometimes you need saving from yourself.

I’d rather they hadn’t licensed him, and the BBBofC certainly never would have. But if there’s money to be made then you’ll likely always find a commission willing to do the necessary. That’s just a reality of the industry I’m afraid.

I think that there comes a point where fighters need to be protected from themselves. The older you get, the greater the risk. I just feel really uncomfortable with it and don’t like seeing legends of our sport take needless punishment at that stage of their lives.