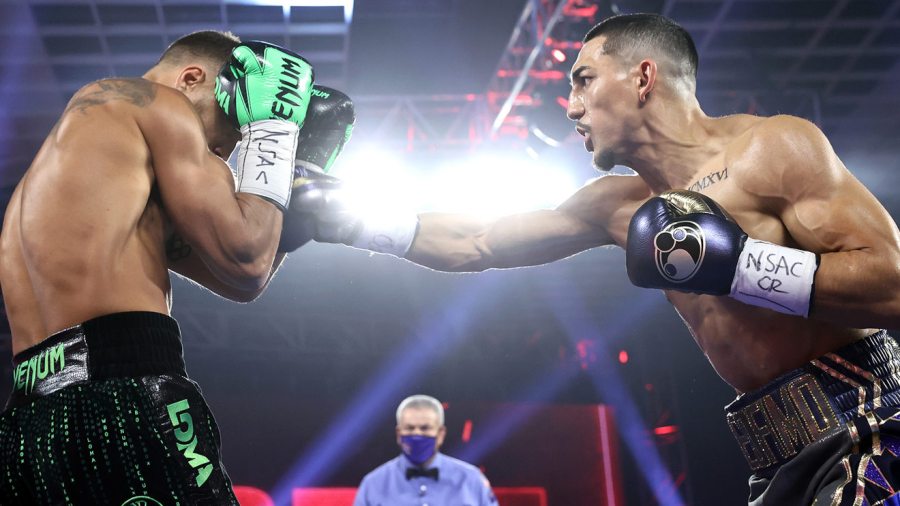 Would it be repeat or revenge if Lomachenko does get his rematch with Teofimo Lopez?

Sam Maxwell
Rising super-lightweight
No. I’m a big Lomachenko fan and in the last fight I felt he lost the first six rounds but won the last six and could have got the decision. I watched his last fight against Nakatani and I was impressed. I’ll be siding with Loma again in a rematch.

Thomas Stalker
2012 Olympian
For me actually Lomachenko wins in the rematch by unanimous decision. I just feel Loma wasn’t himself in the first fight and won’t make the same mistakes in starting so late if they are to box again.

Darren Barker
Former IBF belt-holder
No. There are certain fights where after the first one you think he’s just got his number. I don’t think that’s the case with Lomachenko. Loma’s got so many cards up his sleeve, he could do something completely. You can never rule him out. I would even struggle to pick a favourite in that fight.

Andy Clarke
Commentator & Podcaster
I see the rematch as a 50-50 fight. The first fight was viewed as probably 80-20 in Lomachenko’s favour and Lopez won clearly in my opinion so for me that makes the rematch an even fight. As we saw at the weekend, reports of the Ukrainian’s demise have been exaggerated.

Vasiliy Lomachenko says: ‘I am back.’ Read on here