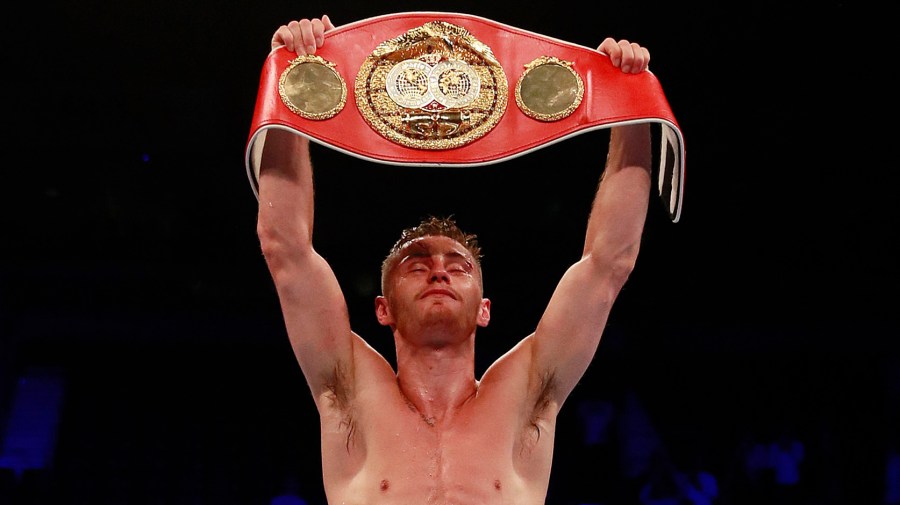 It shouldn't happen in a world title fight. Ryan Burnett on the farce that could have been a disaster

PROMOTER Eddie Hearn has revealed the judge who farcically scored Lee Haskins the winner against Ryan Burnett had mistaken the two fighters’ identities.

Burnett won the IBF bantamweight title in only his 17th professional fight by producing a thoroughly polished performance to convincingly outbox and almost stop the defending champion.

Two judges awarded him scores of 119-107, after knockdowns in the sixth and 11th rounds, but the scorecard of America’s Clark Sammartino read 118-108 for Haskins, ensuring a split decision when a unanimous one was deserved.

The Northern Irishman, 25, is expected to make the first defence of his title back in Belfast before the year’s end despite suffering a significant cut over his right eye after an accidental clash of heads.

He excelled in beating Bristol’s 33-year-old Haskins more convincingly than any other, but Hearn explained: “Apparently the judge asked one of the photographers, ‘Which one’s Lee Haskins?’ and the photographer said ‘In the red corner’.

“I think he asked him a couple of times, and I presume he thought, ‘The red shorts’.

“But frightening, frightening that your future can be put in the hands of someone like that. I don’t mean to be disrespectful because he’s an old gentleman and I’m sure he’s judged many fights, but that could have gone horribly wrong.

“He scored two 10-8 rounds to Haskins! His scorecard was excellent: it was just the wrong way around. He’s 80-odd; I’ve never seen anything like it.

“I presume the split decision will be revoked. It’ll be a unanimous decision, it must be. But I’ve never seen anything like it.”

Burnett, long considered Northern Ireland’s long-term successor to Carl Frampton, also emulated Wayne McCullough, another world champion, by winning world honours in his 17th fight, and he said: “Honestly, things like that shouldn’t be happening, especially at world level, but it did, and it is what it is.

“Absolutely not (it won’t bother me if the record always reads as a split decision).

“I almost fainted in the ring. I thought, ‘They’re going to take it off me here’. Thank God the decision went in the right direction.”