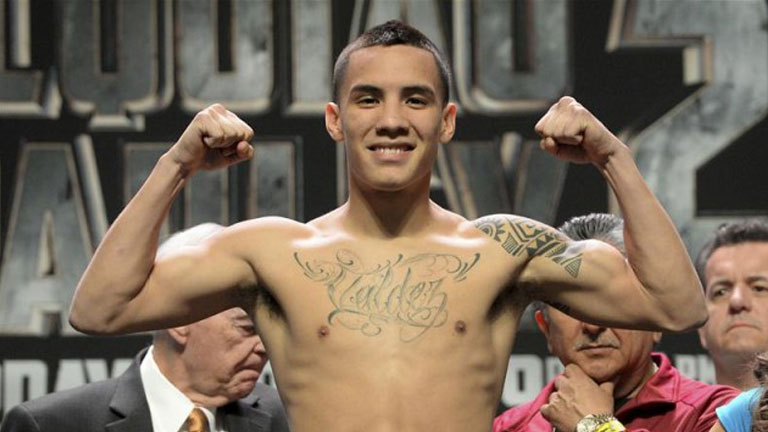 UNBEATEN featherweight starlet Oscar Valdez is highly motivated ahead of his fight with former world champion Evgeny Gradovich on April 9.

The pair will meet over 12 at the MGM Grand in Las Vegas on the undercard of Manny Pacquiao’s alleged swansong against Tim Bradley.

Four of Valdez’s last five wins have come early but the 25-year-old is keen to use this high-profile opportunity to make some waves.

“I’m motivated for a lot of reasons, one of those reasons is the great card,” he said.

“A lot of people will be watching and I’m looking forward to the opportunity to showing everyone who Oscar Valdez is.

“Second of all, I’m fighting a great fighter. I know he’s my toughest opponent. I’ve seen Gradovich fight before, I know he’s a very tough fighter, it’s not going to be easy.”

Gradovich has picked up two unconvincing decision victories after relinquishing his IBF title to Lee Selby last May.

The California-based Russian is an all-action fighter who is rarely in a dull fight, and Valdez hopes a win over the 29-year-old will move him closer to world title opportunities.

“We all know his style, it’s a fan-pleasing style. I can fight like that as well, so we can all expect a great fight,” he said.

“I’ve got a great team behind me and fights are won in the gym, we take it day by day, working hard and we want to show that on April 9. If I win this fight clearly, it will be a big step forward to fighting for a world title.”