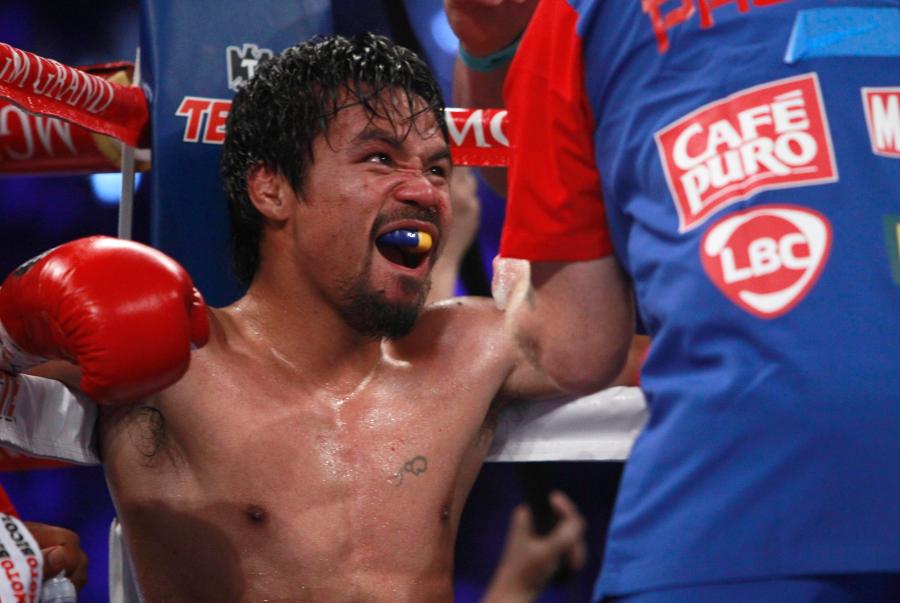 OSCAR DE LA HOYA, fielded questions about the mooted Floyd Mayweather-Manny Pacquiao fight at the end of last year. He said the Filipino has more respect because of who he has fought and how he has fought them.

Talks between the parties were ongoing, and De La Hoya was asked whether people would question Floyd’s record any longer if he was to fight his rival.

“No,” said Oscar. “Fighting Manny Pacquiao will erase any doubt that anybody might have about Floyd. Fighting Manny Pacquiao. Everybody wants to see that. If everybody thinks that Manny Pacquiao can beat Floyd, great. It’s one of those fights where anyone can win. Who will I give the edge to right now? I would have to go with Floyd. Three years ago, hands down it would have been Manny Pacquaio. Now, I would go with Floyd. If Floyd fights Pacquiao, he will erase all doubts that anybody might have.”

He says that a number of hard fights have taken their toll on Pacquaio, hence his belief that Mayweather would win.

“Why? Because he [Pacquiao]’s been in wars. But who has the more respect, which is going to live on forever? That’s Manny Pacquaio. there’s no doubt about that. Manny Pacquiao, they’re going to say he fought all these guys. He fought tough battles. Now it’s a matter of what matters most.”

De La Hoya was asked who hit harder and who was faster, having boxed both.

“I had good whiskers,” he continued. “We all know that Mayweather is not known for a big punch. It stings, yes, I would have to say they’re about the same. It’s funny because I didn’t feel Pacquiao’s punch. It didn’t do anything to me. Maybe it’s because Pacquiao was coming up in weight and that was his first fight at welterweight, so I didn’t really feel his punch. With him, it was more the accumulation. But I would say they punch the same. The only difference is Pacquaio has that real ability to knock you out but he’s got to land that perfect punch. Pacquiao doesn’t have that good timing like Mayweather, it’s more the accumulation, so I would have to say they’re about the same.”

The latest issue of Boxing News magazine contains full coverage of the making of the Floyd Mayweather-Manny Pacquiao mega-fight, answers all the key questions and we speak to those closely involved, available NOW on the Boxing News app, on Google Play, iTunes or from www.pocketmags.com.