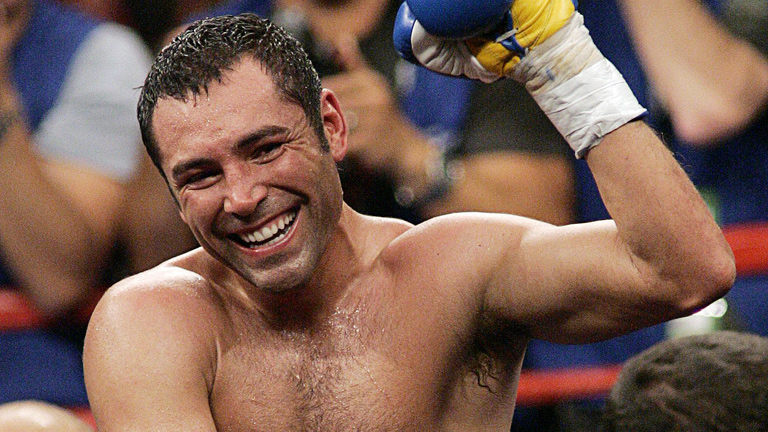 MEXICAN pride carries with it a unique value. And who better to describe what is at stake in Canelo Alvarez vs Julio Cesar Chavez Jr than their country men and boxing legends, Oscar De La Hoya, Julio Cesar Chavez Sr, Erik Morales and Marco Antonio Barrera.

“My son, Julio, I’ve never seen him work, train like this and he’s told me, it’s come from his mouth, ‘Dad I can lose to anybody but not to Canelo,’” Chavez Sr pointed out.

De La Hoya, Alvarez’s promoter, has seen first hand how motivated Canelo is. “There’s two things that can happen. Either he loses his cool or he comes out firing with everything. I’ve never seen him this way. It can help you or it can hurt you. It all depends when that first bell rings, in that ring, it all depends how mentally focused you can stay,” he reckoned.

“Can the fight that the two brothers had [Omar Chavez stopped Ramon Alvarez], I believe it was last week, can it affect Canelo? Because Chavez won the fight. It can. It can. If you’re not focused and mentally strong it can affect you. There can be some real serious repercussions with feeling that loss of you brother. It can get you out of control. When the first bell rings you can think, ‘You know what I’m going to go get revenge for my brother.’ And that can get you out of your gameplan just like that.”

De La Hoya conceded, “He was focused, doing everything right, he was disciplined. We’re going to see a Chavez Jr that we haven’t seen probably ever. Because I don’t think, from what I’ve heard from his father, Chavez Jr never has been disciplined, never has done things correctly. I just think that that Chavez Jr did things correctly for the first time in his career, I really do… He took this fight serious. He looks good, he doesn’t look drained, like I did when I fought Pacquiao. But we don’t have to talk about that. But he just looks good. He looks strong.”

The weight is going to be a factor. Chavez managed to make the 164½lbs catchweight, the lowest he’s been since 2012 and Alvarez is a career heaviest at 164lbs. Barrera warned, “Right now I can see and feel where Canelo is. A lot of people think coming up in weight all you do is eat and don’t diet and don’t dehydrate to go up in weight, it’s easy. But now I had to train and eat two or three times a day because going up to fight Morales at 130, he was the bigger guy, he was the stronger guy. I was the smaller guy, I was coming up from a smaller division. So it looks easy but it’s not, it’s also hard. And then you go into the fight, you feel good. I see Canelo, I’ve seen some interviews, he feels good, he’s smiling, I remember that. I was like that, training, dancing. Because I was eating. I didn’t have to sacrifice and lose weight. But also in the fights with Erik, as the rounds went on, carrying, trying up, I felt his weight and the impact and that was also very exhausting but I had to keep pushing and pushing. That made the three fights very hard so it’s not that easy, to say he’s going up in weight so it’s easy for him.”

Morales agreed. “I see [Canelo looking] very well, I see him happy, content, tranquil,” he said. “I think it’s going to be a very good fight, a difficult fight, strong and regardless of the weight, how difficult it can be to make the weight. [Chavez Jr training in the mountains] brings a different attitude. The mental, the physical, the fortitude that you gain there is going to help him in the fight, to give a great fight.”

And he added, “When you’re going up in weight, you have that added weight, you can’t be as fast as when you have the lower weight. By eating you lose that speed.