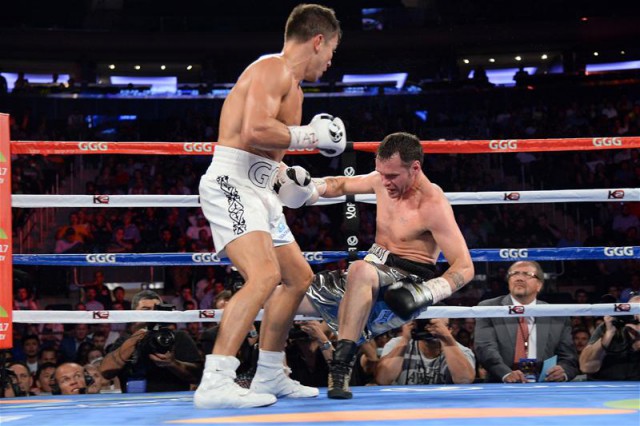 De La Hoya tells Thomas Gerbasi why fights between Alvarez, Cotto and Golovkin will be relatively easy to make

FOR any marquee fighter from 154-168 pounds, the elephant in the room is middleweight champion Gennady Golovkin, a man apparently no one wants to fight. There’s good reason for them not wanting to risk their standing against the crushing attack of ‘GGG’, but when asked if a move to middleweight for a fight with Golovkin is in his future, Saul Alvarez didn’t hesitate in his response.

Golden Boy promoter Oscar De La Hoya doesn’t see too many hurdles blocking a Golovkin or Miguel Cotto fight in the future either, saying “I believe those fights are ones the public will demand, and they will be relatively easy to make, because Canelo, Cotto and Golovkin are all warriors.”

FOR THE EXCLUSIVE INTERVIEW WITH SAUL ALVAREZ CLICK HERE