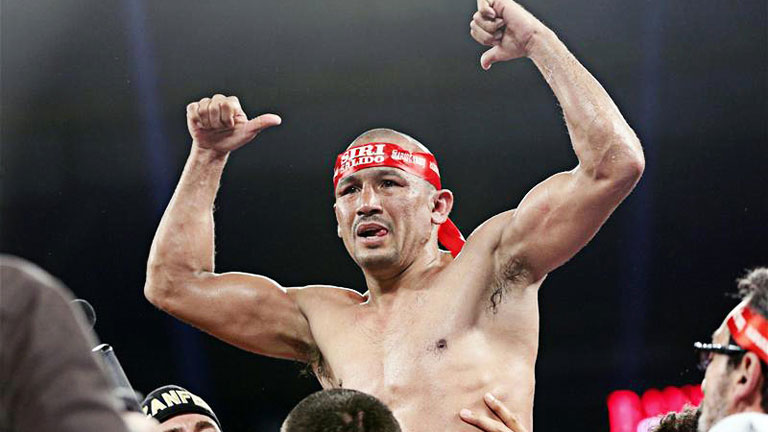 Fans of the brawling, come-forward, high-volume fight style were overjoyed with Golden Boy Promotions’ announcement of this fight.

Salido and Miura have acquired their legions of fans by engaging in all-out wars that have often ended on the short lists for Fight of the Year, when not winning the award outright.

Miura won his first world title in Tokyo in 2012 and defended it successfully four times before giving it up to Francisco Vargas in a fight that stole the night from Miguel Cotto and Canelo Alvarez in November of 2015.

The two slugged it out over nine exhilirating rounds, each hitting the canvas once before Vargas unleashed a minute long barrage of punches on the vulnerable Japanese champion, forcing referee Tony Weeks to stop the fight.

Miura’s fight against Sergio Thompson, in which the fighters shared three knockdowns in the first eight rounds, was a slug-fest that equally did not disappoint.

Salido has thirteen loses in his career but hasn’t been knocked out in over sixteen years, despite hitting the canvas fourteen times in his last thirteen fights. The guy is as resilient as they come.

‘Siri’, as Salido is affectionately called, has gone the distance with Juan Manuel Marquez, sent Yuriorkis Gamboa to the canvas, beat down an undefeated Juan Manuel Lopez in his prime, then beat him again, risen from four knockdowns at the hands of Mikey Garcia only to eventually break his nose with a headbutt, given Vasyl Lomachenko his only professional loss, albeit in a questionable fashion, and fought in thrillers against Francisco Vargas and Roman Martinez.

What Salido does is not pretty, but as much as probably anyone else in the sport, he leaves it all in the ring and gives his supporters their money’s worth, and then some, time and time again.

Salido-Miura is an early Christmas present for those that have felt cheated by a year’s worth of mismatches and snoozers.