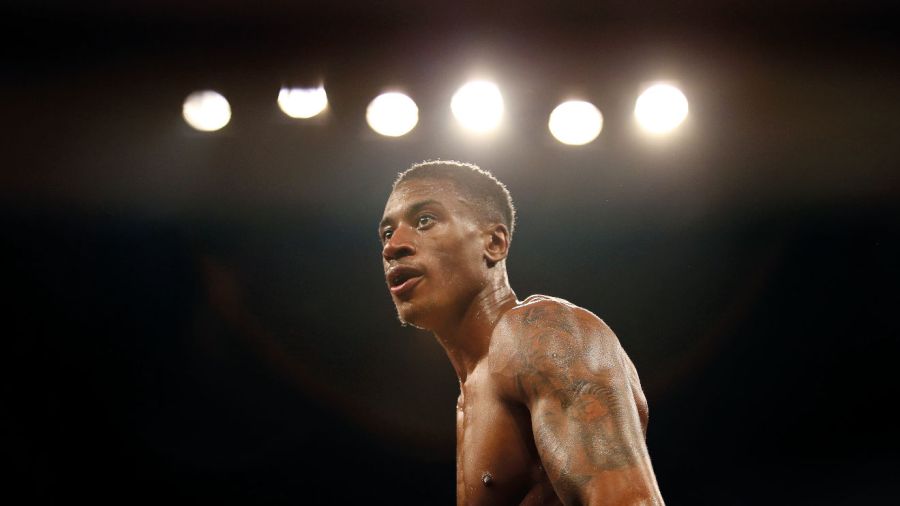 Shakan Pitters and Chad Sugden battle it out to follow in the footsteps of Mills, Turpin, Conteh and Andries, writes Matt Bozeat

THERE should finally be a new British light-heavyweight champion crowned on Saturday night (August 22). After Joshua Buatsi vacated, the Board paired Craig “Spider” Richards with Shakan Pitters. That was set to go ahead last December, but terms couldn’t be agreed and when the fight went back out to purse bids, Mick Hennessy outbid Eddie Hearn. The fight was set for March 28 in Coventry but Richards, currently No. 8 in the WBA rankings, pulled out of the Midlands show against the 6ft 6in Pitters. Chad Sugden stepped in and after a delay of five months, the 26-year-old from Newark meets Pitters this weekend at a production studio in Redditch. Channel 5 televise.

Sugden gets his shot having proved his credentials by stepping in after the Richards-Pitters fight fell through to hold Richards to a draw over eight rounds last December. The Londoner felt hard done by, a reading of the fight that seems to bemuse Sugden, who is trained by his father, Dean. He said: “I don’t know how he can say he won comfortably.

“I thought the more it went on, the more I got on top. He was struggling in the last two rounds and if there had been another two, it was only going to go one way.”

Afterwards, Richards described Sugden as his toughest opponent before later revising his story to say he was undermotivated. Sugden is honest enough to admit he was looking for opportunities at 168lbs, but when the chance came up to fight for the British title at 175lbs and put his name in the record books alongside the like of Freddie Mills, Randolph Turpin, John Conteh and Dennis Andries, he couldn’t turn it down.

Yet to go beyond eight rounds, Sugden is 6ft tall, six inches shorter than Pitters, who looks a handful. The 31-year-old from Birmingham has knockouts of cruiserweights on his 13-0 (4) record and his English title victory over Dec Spelman last September proved he has the chin and engine to go 10 hard rounds. Hennessy has snapped up Pitters on a promotional deal and coach Paul “Soggy” Counihan said: “Outside the top three of Joshua Buatsi, Anthony Yarde and Callum Johnson, I fancy him against anyone [in the country at 175lbs].

“Shakan is very awkward, can box, punch and he’s strong.”

The Pitters camp have reason to be confident after the last 18 months or so. He scored five knockdowns on the way to winning Ultimate Boxxer in November 2018 and 10 months later took the St. George’s belt off Spelman in a fight we rated as one of the best domestic battles of 2019.

The feeling in the Spelman camp was that Pitters would be tight at the weight and he would fade. As it turned out, it was Pitters who finished stronger to win unanimously, but the amount of left hooks he shipped won’t have gone unnoticed by Sugden. Chad started competing in kickboxing aged “seven or eight” and though he had around 20 amateur boxing bouts and reached a Schools final, he did most of his fighting education in the kickboxing ring. He fought on the prestigious Glory circuit and said of his switch to boxing: “Getting punched is better than getting punched, kneed and kicked.”

Younger sibling Bailey still fights for Glory, while another brother, Regis, is 5-0 and is looking to challenge for Midlands honours at 147lbs soon. Father Dean was a kickboxing champion and Pitters also has fighting in his DNA. His father, Colin, had a 7-12 record that includes an eight-round points loss to Richie Woodhall in October 1991.

Shakan says that growing up, football was his passion and though he boxed as an amateur, it wasn’t until he turned pro at 27 that he took boxing seriously. Part of the Eastside stable, Pitters started out weighing around 188lbs and though he sometimes seemed a bit one-paced on the way up, everyone he hit cleanly, he hurt.

There’s a defeat on the Sugden record, a six-round points loss to Alistair Warren in his fifth fight, too early in his pro career. Best win is his 78-74 verdict over Luke Blackledge (26-6-2), the former Commonwealth champion, last summer. Blackledge wasn’t the fighter he was, but still, he was proud and hard to discourage. Sugden beat him with a good start and strong finish.

Because he’s been fighting for so long, Sugden looks comfortable in the ring and has a good IQ. Chad is quick to spot a gap when it appears and can punch off the wrong foot. Sugden has long arms himself – his reach was measured at 75ins to Pitters’ 85ins – and accepts the jab is crucial to the outcome on Saturday night.

Chad fancies he has the timing to out-jab Pitters and also the feet and head movement to get around and under his lead hand. Sugden is a fighter who launches attacks from all angles and says he can get inside and break Pitters down with body shots.
It’s possible, but we go for Pitters to keep it long and beat him on points.

Also on the show, Kaisee Benjamin makes the third defence of his Midlands Area welterweight championship against Conah Walker. Benjamin (10-1-1) is a fighter in form. Last time out, the 25-year-old from Birmingham handed Shaquille Day (13-0) his first loss over 10 rounds in Brentwood in March. Day came in six pounds heavy for what was set to be an English title eliminator and Benjamin beat him 97-94 by doing more eye-catching work in more rounds – particularly down the stretch.

The fight with Walker, a 25-year-old from Wolverhampton with a 7-0-1 record, should be very watchable. The Benjamin way is to slow opponents down and then do a bit more than them, while Walker wants to get his head on their chest and work. For Walker, twice a Development champion as an amateur, this is his first fight since splitting from trainer Ricky Hatton. Training in Manchester, Walker couldn’t make boxing pay and is now with ex-pro Richie Ghent closer to his Wolverhampton home.

Walker has a blemish on his record, a six-round draw with Ohio Kain Iremiren (4-0) last July that he thought he won, and though he’s untested beyond six and Benjamin has been the full 10 in three of his last four, Conah looks to be a fighter who needs a round or two to grow into a fight. There’s a 10-round draw with Danny Ball (8-0) on the Benjamin record and though there are only two stoppage wins, Walker would do well not to underestimate the champion’s punch. The right hand is sharp and Walker takes punches. Benjamin can keep his title with a points win and move on.

The Verdict Interesting bill-topper in a show that offers some free-to-air boxing for those not willing to shell out for the Sky Sports Box Office event.