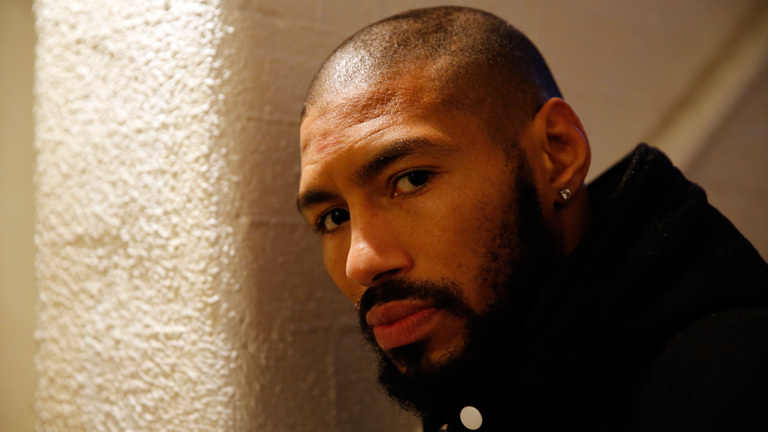 Theophane who is currently back in England, and recently attended the Haringey Box Cup, has been training in the AllStars Gym after his defeat to Adrien Broner for the WBA world super lightweight title. Broner was stripped of his belt prior to the fight, after failing to make the weight for the clash and, due to Theophane losing the fight, it remained unclaimed until Burns beat Michele Di Rocco in Scotland at the end of May.

After his last loss to Broner, Theophane has revealed what his promoter Floyd Mayweather said to him: “Straight after the fight he came up to me and he said get a few more wins and I’ll get you another world title fight. So Floyd has been cool with me and all of his fighters that have taken a loss he has stood by them, Badou Jack got knocked out in one or two rounds, a year later he was world champ, so Floyd stands by his fighters.”

Not only has Theophane retained the support of Mayweather he has his eyes on Ricky Burns as he is the only man who could tempt him to fight in Britain again. Theophane stated, “I’ve heard talk of Ricky Burns because he has the WBA belt, you know I haven’t fought in the UK for four years so if I was to come back for any fight to fight the world champ it would be good but if I don’t fight Burns I would fight in Vegas around September time.

“There is no else I would fight in Britain, no other fights interest me, so if I couldn’t fight for a world title here I would have no interest because when you can fight in Vegas why would you want to fight here so I’m happy with where I’m at now and I’m happy with Mayweather Promotions. I’ve been with them for three years now and my contract is coming to a end so I’m getting offered a new one, so they’re happy with me I’ve got six wins out of eight [with Mayweather promotions] and we’ll go from there.”