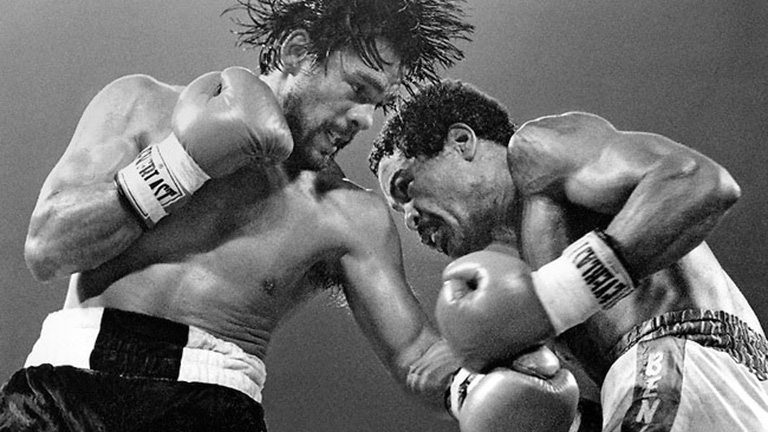 We didn't know it then but on January 30, 1982, Wilfred Benitez turned in his final great performance against the fearsome Roberto Duran

WHAT HAPPENED: Duran was still haunted by his infamous ‘No Mas’ surrender to Sugar Ray Leonard from 18 months before, while Benitez – still only 23 – was three years removed from his loss to the American superstar. The Puerto Rican was a defensive wizard, and was expected to display elusive tactics against the pressure of Duran. Instead, though, he went toe-to-toe with Duran, and defeated the Panamanian at his own game.

“I wanted to beat him at his fight, to show him I was the champion,” Benitez explained afterwards.

The scores were close in the champion’s favour  – 145-141, 144-141, 143-142 – but the vast majority of observers felt that Benitez dominated. Mickey Duff, the British promoter, scored Benitez the victor by eight points whereas Duran was only given two rounds by legendary American trainer, Eddie Futch.

It was expected that Duran – inferior in strength and speed – would retire after the fight. “I wanted to put more pressure on him but my body wouldn’t let me,” said Roberto while explaining his performance.

WHAT HAPPENED NEXT: Benitez was thought to be at his prime but it turned out to be his last great performance. In December 1982, he was comprehensively beaten by Thomas Hearns in a disappointing bout. Losses over the next few years to Mustafa Hamsho, Davey Moore and Matthew Hilton followed before his career, and form, plummeted alarmingly. By the time he eventually retired in 1990, aged just 32, he was badly damaged by boxing… READ THE TRAGEDY OF WILFRED BENITEZ

Duran, meanwhile, decided not to retire. A loss to Kirkland Laing in 1982 appeared to confirm his slump but he would rebound to batter Davey Moore in 1983 for the WBA light-middleweight title and then (eventually) rebound from a horror loss to Hearns to stun WBC middleweight champion Iran Barkley in 1989. He fought on, with mixed results, until 2001… DURAN’S FINEST HOUR