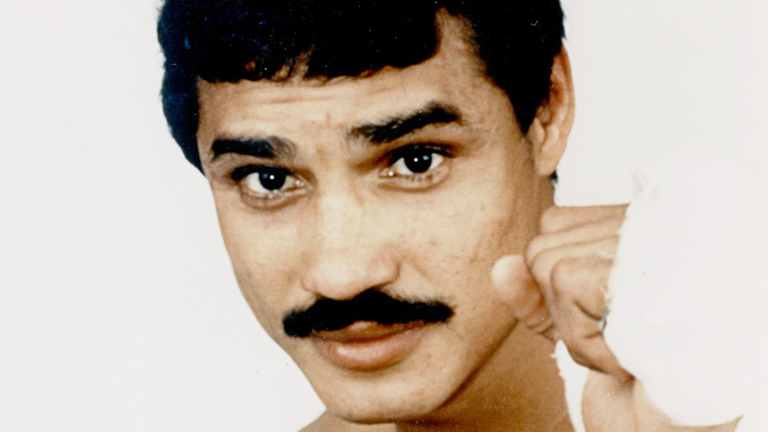 IF the world was rocked by the death of pop genius Michael Jackson, boxing felt an equally crushing blow on Wednesday (July 1, 2009) with the sudden passing of Alexis Arguello, the legendary Nicaraguan who won – and never lost – world titles in three divisions.

He was found dead at his Managua home, aged only 57. A post mortem was to be carried out to determine the cause of death after this issue had gone to press, but there was some speculation that he had committed suicide.

It was no secret Arguello had struggled more than most following his retirement in January 1995, following the points loss to Scott Walker, a club-fighter, in Las Vegas. There had been several suicide attempts over the years.

But it was thought the Hall of Famer had got his life together, having been elected mayor of Managua last year when he ran for the Sandinista National Liberation Front Party.

It was as if he had finally discovered peace at last, that to be voted into such an esteemed position served to provide, to some degree, the adoration and respect he always enjoyed from his fans as a fighter, as well as closure on a dark political chapter earlier in his life.

Arguello had fled to the United States during a civil war as the left wing Sandinista regime took over in 1979 and confiscated his home worth up to half a million dollars. The bloodshed also claimed the life of Arguello’s younger brother.

This all came several years after Arguello had a home destroyed by a violent earthquake in 1972.

Arguello bravely returned to the battlefront to fight against the takeover, ploughed much of his own wealth into purchasing medical supplies and clothing for his ‘people’ and this earned him much respect and sympathy.

He took that courage into the ring. He was as cool and composed a fighter as anyone could possibly imagine. Eddie Futch, his American trainer, once described him as having “the best concentration of any fighter he had seen.”

His tall, wiry 5ft 10in frame, coupled with the power that saw him knock out or stop 65 from 82 career wins, made the nickname “Explosive Thin Man” more than appropriate.

But as well as being a ruthless, calculated puncher – he could knock out an opponent early or late and with the straight right or left hook – Arguello was a master boxer and superb tactician.

Jim Watt, Britain’s former WBC lightweight champion, discovered that at Wembley in 1981, when Arguello came over to challenge him, bidding for his third ‘world’ title in so many divisions during a time when there were only two governing bodies in operation.

Southpaw Watt was making his sixth defence and had already seen off Howard Davis, America’s Val Barker winner from the 1976 Olympics, and Sean O’Grady.

When I broke the news of Arguello’s death to him this week, Watt recalled his fight with the Nicaraguan.
“What a classy guy,” he said. “I’d won the title late. I knew it wasn’t going to last. I thought I’d get as many defences as I could and get money in the bank.

“Boxers are great guys, but sometimes there’s trash-talking. I’d been through it against Charlie Nash and O’Grady. The first time I met Alexis was at a press conference in London. He walked over, held out his hand and said, ‘Pleased to meet you, Jim. How’s your family?’”

“What do you say to that? It threw me completely. I didn’t expect him to be such a gentleman. But that’s how he conducted himself, impeccably.”

The unflappable, charming, strikingly handsome Arguello wouldn’t fall for anything Watt tried in the ring.

“He was noticeably better than anyone I boxed. I’d perhaps reached the stage where I didn’t have the same ambition as when I fought Davis. But Arguello was always in front of you, not in a Barry McGuigan high- tempo sort of way. But he just had such long arms and used the range so well. He could thump to the body, too.”

“He was competent at everything he did,” said Watt. “There was nothing flashy. In the early rounds he hit me with a jab and I remember thinking, ‘Christ!’ That was a jab! It [the power] must have come from his terrific balance.

“I had thrived on annoying opponents, getting them to make mistakes, then hit them with the southpaw jab. But with Alexis, forget it. He threw punches when he knew it was time.

“I couldn’t have lost to a classier fighter. He was better than I was. I knew halfway into that fight I wasn’t going to beat him.”

Yet while Watt never had any difficulty walking away from boxing – in fact he must be one of the very few who actually looked forward to retirement – Arguello found it painfully difficult.

The news of Alexis’ death came as a particular shock to Watt because they’d met each other again only last year.

“I thought he had his life back in order,” said Jim. “Nothing looked wrong with his health. It must be so difficult with all the highs he had in his career. I always knew that as soon as the title went, then so would I.

“I enjoyed being a former champ as much as I did being the champ. Some fighters can’t. It’s tragic what has happened. But Alexis was a special fighter. That he never lost in the ring any of the titles he won puts him in a special club.”

Watt was also one of many who believed Arguello would make history in November 1982 in Miami when he challenged Aaron Pryor, the wild and extravagant American WBA light-welterweight champion. Victory would have made Arguello the first boxer in history to bag world titles in four divisions.

Their 14-round thriller is one of the greatest fights of the modern era. Arguello hit Pryor with everything, but simply couldn’t shift him and, having given his all, was smashed to defeat.

They would meet again, nearly a year later in Las Vegas, and again it was a spectacular show. Arguello was dumped early, but got up, tagged Pryor with some superb rights, and, resigned by having failed to make an impression, famously sat out the count in the 10th round. He knew he’d been beaten.

That wasn’t typical Arguello. He was no quitter. But Pryor was special and the two, curiously, would form a remarkable bond in the years that followed.

Tris Dixon, my colleague, phoned Pryor for his reaction to the stunning news and Aaron was understandably torn.
Usually, they get together each year at Canastota’s Hall of Fame. But, for whatever reason, Arguello wasn’t there this year.

Pryor’s wife, Frankie, said: “We missed him. But I can’t believe it [that he’s dead]. Aaron’s pretty upset. We have always been close. We went out to Nicaragua to help him campaign for two weeks when he became mayor.

“Alexis’ son and Aaron’s son were at elementary school in Miami together and from the time of the fight they’ve been friends. I always remember Alexis saying he and Aaron had a unique relationship.

“In Nicaragua they called Aaron Alexis’ Papa because he had taught him life lessons. Aaron adored Alexis and the feeling was mutual.”

The pair shared common life experiences, having both conquered demons with drugs even though they came from very different beginnings.

“I was just so happy for him when he became mayor,” said Pryor. “We went to his country and there were 300,000 there for him. They loved Alexis. He was in good shape and living a good life. I will never have a friend like him again. It’s really hurt my heart. I didn’t know how to conduct myself until I met him. He was a gentleman. He was my best friend.”

Arguello didn’t fight again for two years after the second Pryor loss. The defeat was crushing and impacted heavily on his life. That’s when the cocaine-use problems started and was followed by a break-up in the family. The five houses, a yacht, Mercedes and BMW, plus wife and four children, went as well.

So Arguello returned to the ring, thrashed former WBC 10st champ Billy Costello in his second fight back, but then quit again when diagnosed with a heart problem.

No-one ever thought they’d see Arguello fight again. But over eight years later, against his better judgement and getting into middle age, he tried once more. Those splendid gifts of his youth had gone, however, even if Alexis refused to accept it until Walker beat him.

In his prime he was such a sleek fighter, though. He cut Alfredo Escalera to ribbons in their WBC super-featherweight title first fight in 1978 and then knocked him out in the same time in the return in Italy the next year. In 1974 he had also knocked out Ruben Olivares in 13 before 14,000 fans in Los Angeles as a featherweight.

Only eight defeats in 90 professional fights for a kid who grew up on the streets and had to go to work at 13 is some achievement. He made his mark in the toughest of all sports.

It’s a reflection of how highly regarded Arguello was that during the 1980s he’d been mentioned as a possible opponent for welterweight champ Sugar Ray Leonard and that in 1978 some believed him to be the only legitimate threat to then-9st 9lbs king Roberto Duran.

Arguello’s trainer of the time, Al Silvani, certainly believed so. He remembers the day he first set eyes on Arguello.

“His manager called me to Managua and asked me to start training him,” he said.

“I went down and first thing I wanted to do was look him over. I didn’t want to try to change him. I only wanted to observe him to see how he trained, to see how dedicated he was, to see his style.

“I didn’t want to wake him up. I wanted to see if he would get up on his own. Well, 10 minutes went by, then 15, then 20 and pretty soon I started to wonder if this kid was lazy and needed to be pushed.

“Just about the time I decided to wake him up, he comes in from outside. He had already done his running.

“Right then and there I realised how much dedication he had.”