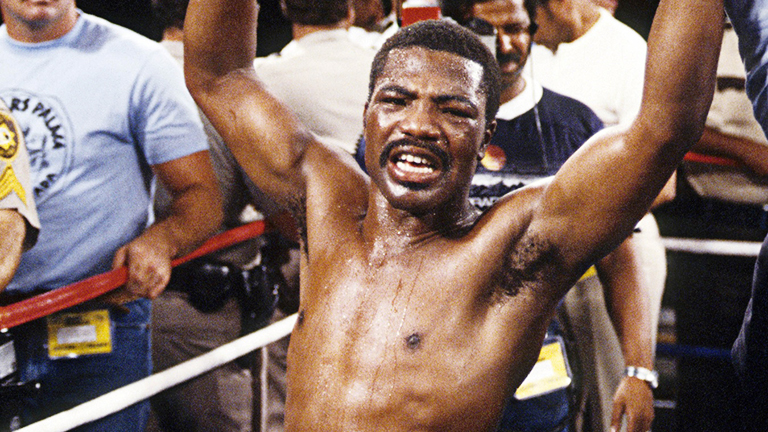 Matt Christie reflects on the life of one of the finest fighters of the 1980s, Aaron Pryor

WHEN Aaron Pryor spread his wings, he attacked like few others in the history of the sport. The “Hawk” possessed astonishing fury, rapier hands and almost perfect aim. At his brilliant, bludgeoning best, Pryor was one of the finest super-lightweights of all time, one whose speed of punch drew favourable comparisons to the incomparable Henry Armstrong, and famously overpowered the legendary Alexis Arguello in a slugfest of the ages. But there was always a sense of unfinished business with the former WBA and IBF king, a sense heightened by his grim descent into drug addiction, and confirmed by his death from heart disease at the age of just 60.

Pryor’s professional career was perhaps stunted by his close-but-no-cigar amateur background; a fine run in the vest – where he beat Thomas Hearns – ultimately came to an end after he lost twice to Howard Davis Jnr in the 1976 Olympic Trials. Those defeats would haunt the young fighter for many years to come, and Pryor often spoke of his frustration at the chances and cash awarded to the likes of Davis Jnr (who picked up a whopping $185,000 for his pro debut) and Ray Leonard, who both left those Games decorated in gold. While his similarly sized rivals quickly found fame and fortune, Pryor was forced to stack shelves in a Cincinnati supermarket when he turned over. Along came Buddy LaRosa, the owner of a chain of pizza parlours, who bought out his contract and paid him $125-a-week so he could focus purely on boxing. The deal would soon prove to be stacked in LaRosa’s favour.

By the summer of 1980, Pryor was 24-0 but found pinning down a shot at the lightweight leaders difficult. He was forced to rise, and despite securing home advantage in Cincinnati, was considered by many to be too green to unseat the WBA 140lb boss, Antonio Cervantes. At 34, the Colombian was past his best, but still a fearsome competitor, and sent the onrushing “Hawk” – so named in tribute to Ken Hawk, his always loyal friend – to the canvas with 30 seconds remaining in the opening round. Pryor jumped to his feet, and windmilled his right arm to signal he was ready to resume battle as he took the subsequent eight-count.

The young American nailed Cervantes with a hook before the bell, and after some fine two-way action in rounds two and three, was in firm control by the fourth. A right hand dropped Cervantes for the count, and Pryor – who as a child had sold concessions in the Riverfront Coliseum where the fight was held – was the king.

He dreamed of getting his revenge against Davis, but his rival would soon lose to Jim Watt and his career spluttered. Pryor, though, was flying high. Six knockout wins boosted his reputation as one of the very best in the game. He turned down offers (he would later claim on the advice of his team) for contests with both Ray Leonard and Roberto Duran, believing the reported $500,000 and $750,000 purses on offer not high enough. Leonard would soon detach his retina, retire and – so legend has it – leave Pryor weeping at the roadside when he heard on the radio his dream fight was gone forever. But by November 1982, 27-year-old Pryor had secured the defining fight he craved. Enter Arguello, an elegant Nicaraguan savage looking to become the first fighter to win world titles in four weight classes. What followed was a thrilling, brutal and topsy-turvy war that concluded in the 14th round when Pryor – his signature combos flowing rapidly – pummelled an exhausted Arguello into defeat. Pryor’s trainer, Panama Lewis, infamously gave Pryor liquid from a black bottle – “the one I mixed” – moments before the champion ended Arguello’s brave challenge. A failure from authorities to ascertain exactly what was in that bottle would forever tarnish Pryor’s reputation. Whatever was presumed of Pryor, it should be noted that Arguello cared little for it, and they became close friends in retirement.

Pryor would win the return in 10 slightly less frantic rounds, but his career had already peaked. He later blamed a girlfriend for getting him into drugs, and in his 1996 autobiography, Flight of the Hawk, he would graphically describe his sordid relationship with crack cocaine.

After a run of 26 consecutive stoppage victories, and boxing now very much an aside in his life, he struggled to 15-round points wins over Nick Furlano and Gary Hinton in 1984 and 1985 respectively. They would be his final world title fights. Despite being almost blind in his left eye, subsequent comebacks followed periods of drug-induced inactivity; each outing slightly more pathetic than the last, each one a long way from Pryor at his exhilarating best. He had his final contest in 1990 to take his record to 39-1 (35).

In 1993, Pryor eventually found the strength to kick his drug habit – another gruelling and underrated triumph – and he would later marry the love of his life. With his loyal and beloved Frankie, Pryor shared three sons and one step-daughter. Two of his sons, Aaron Jnr and Stephan, became pro boxers, and Pryor also trained young amateurs, his love for boxing enduring.

The 1996 Hall of Fame inductee spent the final years of his life telling the world about the evils of drugs.

Just two months before he passed, Boxing News reached out to Pryor in the hope of conducting an interview, and we were told by Frankie that Aaron was looking forward to getting better so he could grant us our request. Sadly that day never came, but Pryor – who still had so much to offer – fought with typical gusto until his heart gave out 12 days before his birthday on October 8.