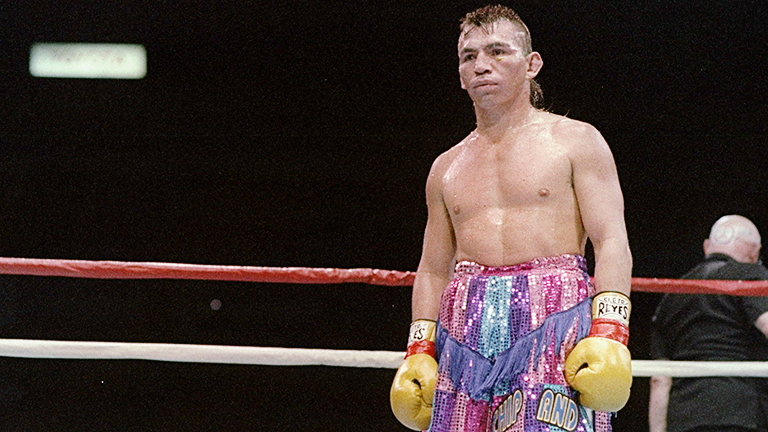 EVEN in 1988, a time largely devoid of taste and fashion sense, Jorge Paez cut a ridiculous figure. Sporting the kind mullet that would have made even Billy Ray Cyrus reach for a hat, the eccentric Paez did things differently. He clowned, he employed barbers to shave messages on his head, he moonwalked mid-fight and backflipped once they were over. But he wasn’t stupid. In a rasping hot bullring in Mexico, he wisely conserved his energy against sharp-shooting IBF featherweight champion Calvin Grove. Behind on points going into the 15th and final round, Paez – who grew up performing in his grandmother’s circus – tore after the champion, dropped him three times, and snatched victory on the cards.

DID YOU KNOW? Ahead of his 1992 bout with Rafael Ruelas, Paez wore a sequinned dress into the ring.

WATCH OUT FOR: Paez launching an eight-punch combination with one hand.