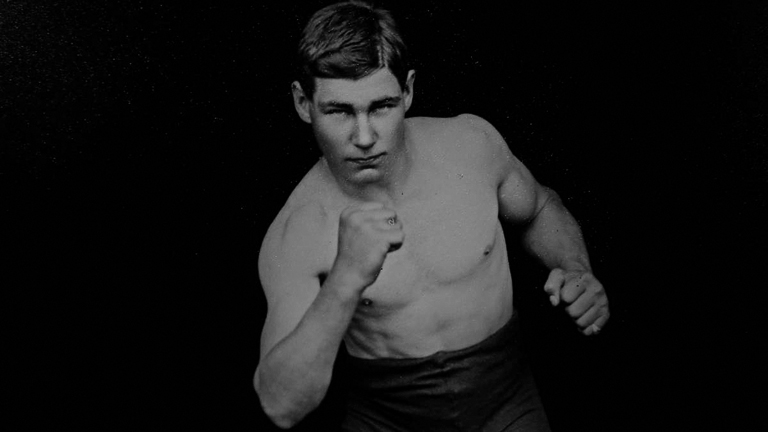 Paul Wheeler pays tribute to Les Darcy, a fighter who was ahead of his time

GENERALLY regarded as Australia’s best ever boxer, James Leslie Darcy’s inclusion in our list of the top 100 boxers in history is simply remarkable considering he fought professionally for less than seven years before tragically passing away at only 21 years of age. Nevertheless, his place among the all-time greats is without doubt warranted.

One of the finest middleweights ever to grace the sport, “The Maitland Wonder” contested all of his 50 pro fights Down Under. Although he never fought outside of his homeland, this was not for want of trying.

The precocious Aussie’s emergence coincided with that of World War I. With his family to provide for, Darcy naively decided to evade his country’s military draft in order to secure lucrative bouts in the USA.

However, fights for Les were not forthcoming in the States. American promoters and state governors were unwilling to issue the Woodville man a boxing licence, as they looked disapprovingly upon his failure to enlist in the Australian army.

Despite failing to showcase his talents on US soil, Darcy was still able to share a ring with many of the top American middleweights of his era. He twice stopped Eddie McGoorty (rsf 15 and rsf 8) and also defeated Billy Murray on two occasions (pts 20 and rsf 6). Other notable victims included Jimmy Clabby (pts 20), George KO Brown (pts 20 twice) and Buck Crouse (ko 2).

Arguably his most impressive win came when he knocked out George Chip in his last ever ring appearance. Chip had claimed a newspaper decision victory over the legendary Harry Greb only three months previously, yet the deadly Darcy finished the Pennsylvanian off in nine rounds.

He never held the official world middleweight title (only the Australian version), but he was widely considered as the best in the division from around 1915-1916, with his innovative boxing style well ahead of its time.

After suffering from blood poisoning and subsequently developing pneumonia, he died in the USA on May 24, 1917. Australia mourned the loss of a native hero, who remains a national sporting icon to this day.

Les Darcy was ranked No.92 in the Boxing News 100 Greatest Fighters of All-Time. Order your copy here