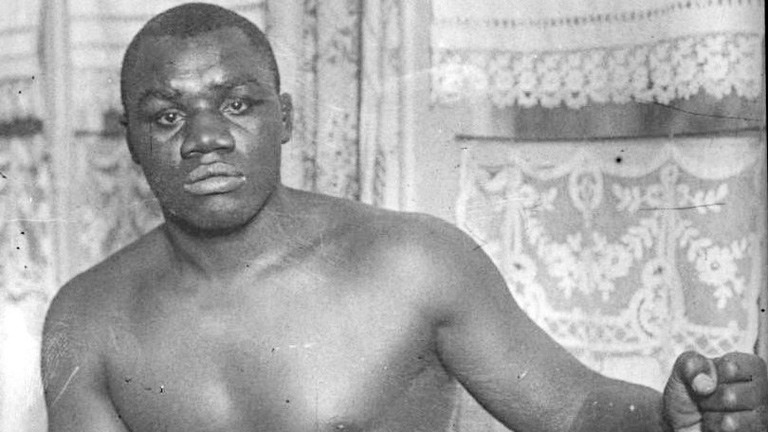 MUCH like his old rival Harry Wills, whom he fought on an incredible 22 occasions, Sam Langford was deprived of a shot at a world title on the grounds of his skin colour. While this reasoning sounds nonsensical today, it was the sad truth during the colour bar era in which the “Boston Tar Baby” fought.

With a 32ins waist and a chest measuring 44ins, Langford was an athletic and powerfully built physical specimen. Emanating from the small community of Weymouth in Nova Scotia, Canada, he stood at only 5ft 7 1/2ins and seldom weighed more than 11st 6lbs. Nevertheless, this did not prevent him from rising through the divisions during his illustrious career; he achieved notable success at every weight from lightweight to heavyweight, striking fear into the hearts of many of those he encountered in the squared circle.

Fighting out of Boston, Massachusetts, Sam began his professional career in 1902 and rapidly ascended the ranks to earn a crack at the world lightweight king Joe Gans in 1903. In a non-title bout, Langford outscored “The Old Master” over 15 rounds. The following year, he battled former world welterweight boss “Barbados” Joe Walcott to a hard-fought draw.

In 1906, the Nova Scotian met future world heavyweight titlist Jack Johnson in Chelsea, Massachusetts. Despite giving at least 20lbs to the Galveston, Texas man, Langford fought bravely and made it to the final bell.

With his options limited due to the racial discrimination against non-white competitors, Langford shared a ring with several fellow black fighters on multiple occasions.

As well as the memorable series with Harry Wills in which he defeated “The Black Panther” twice, Sam also contested more than 10 fights each against Joe Jeannette, Sam McVey and Jim Barry among others.

After a couple of impressive knockout wins against Jim Flynn, Langford faced off against the world middleweight ruler Stanley Ketchel in a non-title Newspaper Decision clash. For six gruelling sessions, the two warriors exchanged blows, with Sam shading the early rounds and Ketchel rising to prominence as the contest progressed. The reigning champion secured a close verdict, but unfortunately, never granted Langford a future shot at his world crown.

An August 1911 meeting between the “Boston Tar Baby” and former world light-heavyweight title-holder “Philadelphia” Jack O’Brien saw Sam dispose of his opponent in the fifth round in New York. Following this impressive victory, Langford continued to fight regularly against his black compatriots, racking up on average comfortably more than 10 bouts a year up until the latter stages of his career.

Arguably his finest win before retirement came against Camilla, Georgia’s Tiger Flowers. By this time, Sam’s years in the ring had taken their toll on his vision, which had become badly impaired. Nonetheless, he still had enough in him to knock the future world middleweight champion out in two rounds.

Langford’s failing optics forced him to retire in 1926 at 43 years of age.

After hanging up his gloves, Sam struggled to cope with life outside the ring. Near penniless and completely blind, a charitable donation from a sportswriters’ group helped him to live out his life more comfortably, prior to his death in January 1956 in a private nursing home.

Click here to read more ON THIS DAY articles