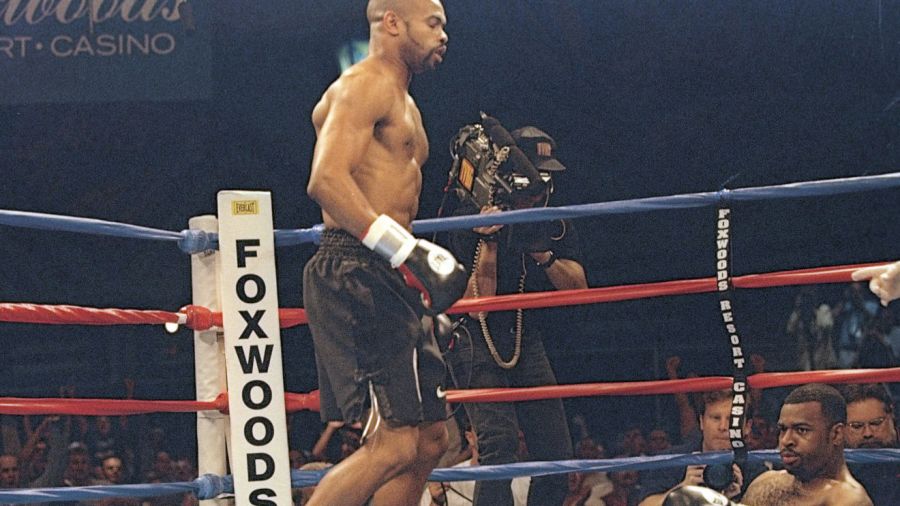 ROY JONES JNR w ko 1 MONTELL GRIFFIN
August 7, 1997; Foxwoods Resort, Mashantucket, CT
ONE of the most savage revenge missions in boxing history. Enraged by the disqualification he suffered in their first meeting, Roy Jones Jnr entered the rematch with Montell Griffin consumed by a sense of injustice. Within five seconds, Griffin was stunned by a left hook and when another landed straight afterwards, he was reeling backwards and forced to take a count when the ropes stopped his fall. Jones spent the next two minutes trying to find the finisher before he found it and finished the fight. Griffin’s chin drummed backwards from a left hook, his body froze like he’d suffered an electric shock. He managed to get up, but then fell down – ala Trevor Berbick vs Mike Tyson – again and again in a futile effort to beat the count.

DID YOU KNOW? Griffin and great trainer Eddie Futch parted ways before the rematch due to a dispute over money.

WATCH OUT FOR: The effect the final punch has on Griffin.