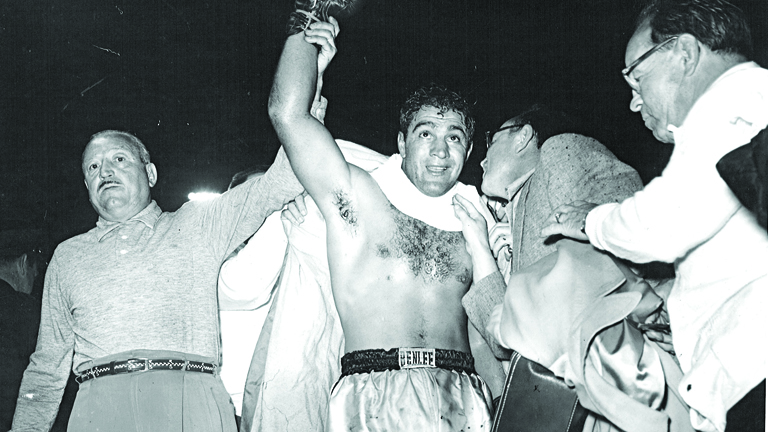 ROCKY MARCIANO w pts 15 EZZARD CHARLES
Jun 17, 1954; Yankee Stadium, Bronx, NY
EZZARD CHARLES was already at the win-some-lose-some stage of his career by the time he challenged world heavyweight champion Rocky Marciano in front of 47,585 fans in New York. But for the first four rounds, he looked like scoring the upset as he boxed beautifully. In the second half of the fight, Charles then banged with the champion in thrilling style before Marciano showcased his stamina and unbreakable will to win to triumph on points after 15. The champion was forced to have an operation on his face to repair a gaping cut while Charles – looking like someone with a shellfish allergy after a prawn curry – also needed treatment.

WATCH OUT FOR: The colour version is a joy to watch. So too is the manner in which they embrace at the final bell.