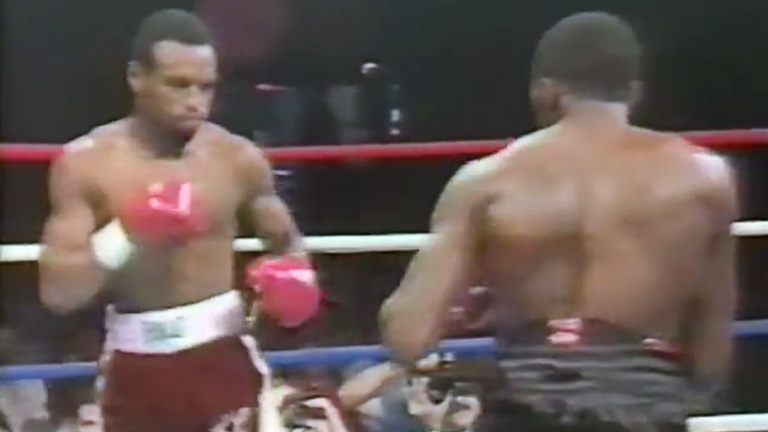 ROCKY LOCKRIDGE landed a big right hand to flatten Roger Mayweather in the first round and won the WBA junior-lightweight crown in a stunning upset in Beaumont, Texas on February 26 in 1984.

The end came after one minute 31 seconds of the first in a scheduled 15-rounder. Lockridge fired a hook and then came over the top with a blasting right-hander that snapped the unbeaten Mayweather’s head sideways and sent the champion slumping to the canvas.

The fight looked to be developing into a tough battle as both punched hard from the first bell.

The 24-year-old Lockridge landed the right and it was all over for the 22-year-old Mayweather, of Las Vegas. Mayweather was making the third defense of the title he won by knocking out Sammy Serano of Puerto Rico.

Lockridge became the champion at the third attempt. He twice lost narrowly to the great Panamanian Eusebio Pedroza for the WBA featherweight in 1980 and 1983.

Tacoma’s Lockridge enthused: “I never thought I’d win this so quickly, but I’m really amazed by how much strength I have in this weight division.”

Rocky would lose his crown to the simply brilliant Puerto Rican Wilfredo Gomez in 1985 and would go down on points to the great Julio Cesar Chavez in 1986.

Mayweather (Floyd’s uncle, of course) would also come up short against the Mexican idol Chavez: in two rounds in 1985 and again in 1989.