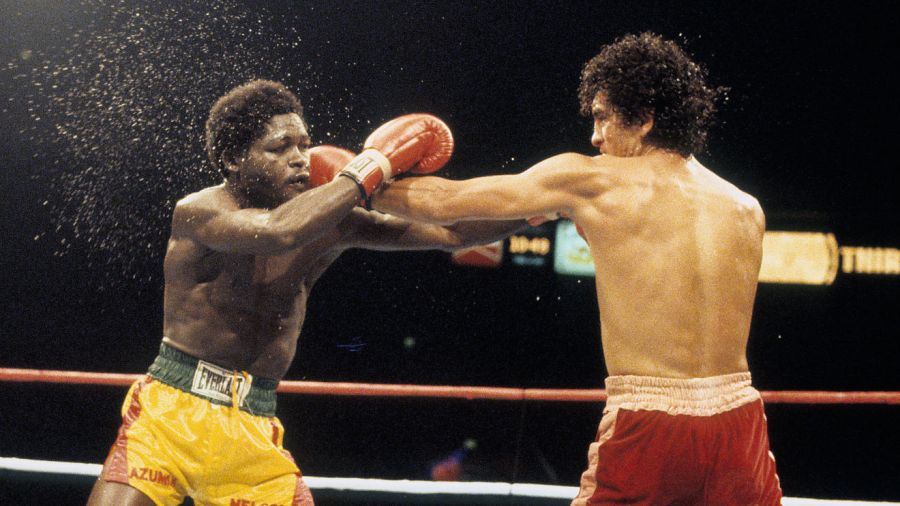 SALVADOR SANCHEZ w rsf 15 AZUMAH NELSON
July 21, 1982; Madison Square Garden, New York, NY
WATCHING this fight today, as the great Salvador Sanchez accepts the crowd’s cheers with a boyish grin ahead of the opening bell, it’s impossible not to feel sadness for what was to come. Less than a month later the 23-year-old Mexican was killed behind the wheel of his Porsche as it collided head-on with a tractor. An inglorious end for Sanchez but the real and fitting epitaph came inside Madison Square Garden, when he stopped Nelson in the 15th round. If Sanchez’s efforts rubber stamped his place in history, Nelson forcing him into this kind of battle after only 13 fights signalled the beginning of his own march towards greatness. A supreme contest.

DID YOU KNOW? Though Sanchez showed few signs of distress in battle he was well aware he was in the midst of a titanic struggle. “I feel very weak,” he told his corner at the end of the fourth. “He hits very hard and he’s very fast.”

WATCH OUT FOR: How Sanchez expertly orchestrates the finish in the 15th round of a long and draining war. With his rival swarming all over him, he finds the space in a claustrophobic battleground to bludgeon the courageous Nelson to defeat.