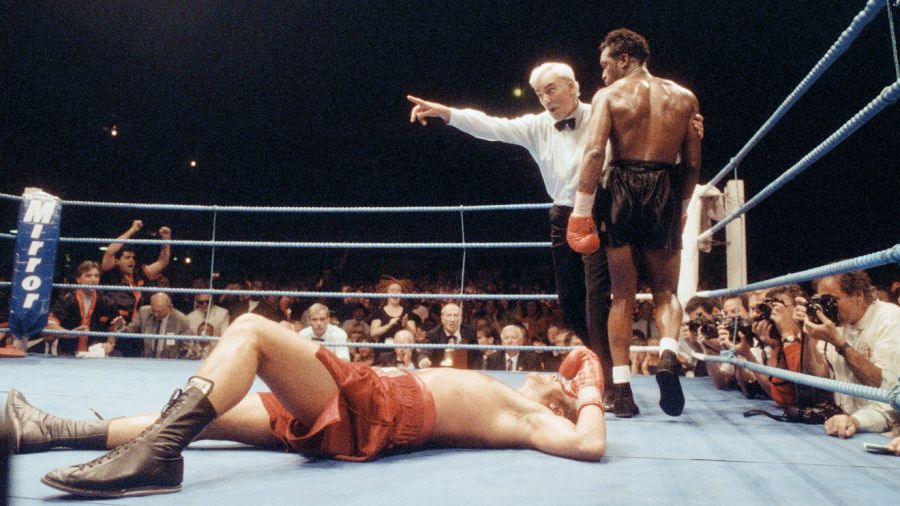 NIGEL BENN w rsf 4 LOU GENT
June 26, 1993; Olympia, Kensington
LOU GENT had been doing what most fighters don’t: Working his way down the weight classes rather than up. By the time the former cruiserweight found himself in the super-middleweight division, Nigel Benn was the WBC champ who was struggling for consistency as he waited for his rematch with Chris Eubank. Even so, Gent wasn’t deemed much of a threat. Just 13 months before, he had been stopped in three by Johnny Melfah. Benn addressed the ITV viewers before the fight: “If you’re looking for something PG-rated tonight switch over the channel because tonight, this is X-certificate.” That prophecy rings true, particularly in the thrilling third, which is among the most two-sided rounds there’s ever been when one fighter scores three knockdowns.

DID YOU KNOW? Gent’s father sold his car and placed a huge bet on his son to win inside the distance.

WATCH OUT FOR: Besides that belting third session, watch how quickly Benn’s slicked back hair loses its style. He starts the opening round looking as smooth as James Brown and finishes it looking more like Dr Emmett Brown.