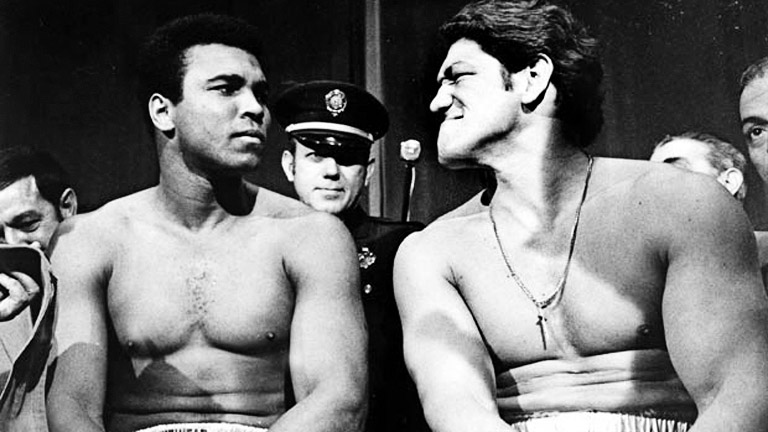 ARGENTINIAN Oscar Bonavena is certainly one of boxing’s more colourful characters, with his life outside the ring perhaps being more memorable than his career in it. He never won the world title, but gave everyone he fought a tough night, including on this day in 1970, “The Greatest” Muhammad Ali.

Ali, for whom this was the second fight back following his three year layoff, and claimed to the media that Bonavena would “be mine in nine” and he entered the fight as the 6-1 favourite to claim the NABF heavyweight title, and secure himself a big fight with heavyweight champion Joe Frazier.

Bonavena was not a man to overlook though, having already given Frazier one of the toughest nights of his career, and he definitely knew how to rile Ali. At the weigh in he taunted Ali about his decision not to go into the Army saying, “Why you no go in Army? You big chicken. Chicken!”

Ali responded in kind with “please! Tell everyone to go to your theatres. I have never had a man that I wanted to whup so bad!” The near 20,000 crowd at Madison Square Garden turned up expecting an early Christmas treat, following the war of words.

It was broadcast all over the USA, in 150 closed circuit locations, and there was a lot of expectation surrounding Ali who was having the second bout of his comeback following his famous suspension.

Many were even anticipating that he could stop Bonavena, a feat that had never been done before, to cement his place as the main contender to Frazier’s title and regain the crown that he never lost in the ring.

Ali delivered, but it wasn’t in the round he predicted, as the teak tough Bonavena would not go down without a fight. The bell rang to start the 15th and final round, with time running out for Ali to become the first man to stop the Argentine.

There was no doubt he would win the fight – despite showing signs of ageing for the first time in his career – with referee Mark Cohen having him 12-2 up, Joe Eppey 10-3-1 and Jack Bloom 8-5-1. He improved in the final round, and with 57 seconds to go he put Bonavena down for the third time, forcing the stoppage on the three knockdown rule, to pick up a huge victory and move on to a historical fight next time out.

Almost a year later, he would lose to Frazier in The Fight of the Century. That rivalry, of course, did not end there.

As for Bonavena, he passed away in 1976 after he was shot on orders, following an affair with a former manager’s wife. His body was left in state in Luna Park in Buenos Aires, where it was visited by over 150,000 people before he was buried.