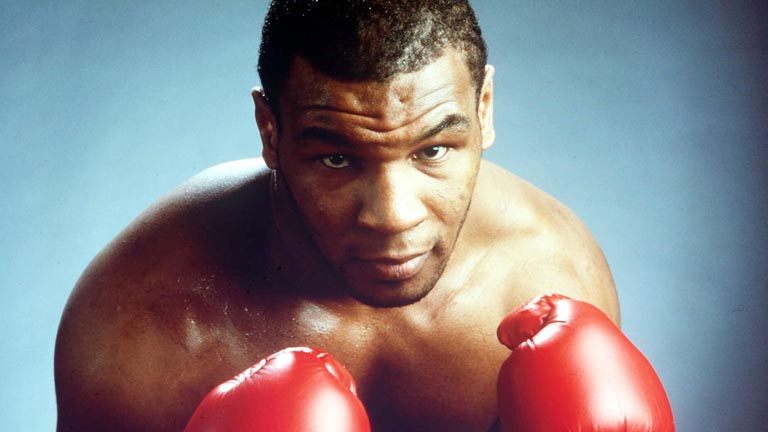 ONCE known universally as “The Baddest Man on the Planet”, Mike Tyson captured the imagination of sports fans around the world when he burst onto the scene in the mid-late 1980s.

A troubled youth, saved from the streets by a caring mentor – his trainer and manager Cus D’Amato – Tyson became the youngest heavyweight champion in history at the age of 20, when he numbed Trevor Berbick with a stunning left hook in Las Vegas in November 1986.

It was an astonishing achievement and as he terrorised the remainder of the division he instilled fear into just about every heavyweight he faced. Whether it was Frank Bruno crossing himself umpteen times on his way in the ring, Michael Spinks freezing like a deer in the headlights or Larry Holmes trying to be too tough for his own good, no one could match Tyson in his prime. It was not about who he was beating but how he was decimating them. As a result many Tyson fans think the fighter who was so devastating then would have matched up favourably to the best heavyweights in history.

We will, of course, never know and distractions out of the ring saw his prime cut terribly short.

Troubles with women, managers and promoters culminated in him being stunned in arguably the biggest heavyweight upset of all time when James “Buster” Douglas left a bewildered Tyson clawing away at the canvas for a lost mouthpiece and although he tried to get back on track with wins over old amateur rival Henry Tillman (ko 1), Alex Stewart (rsf 1) and Donovan “Razor” Ruddock (w rsf 7 and w pts 12) he was imprisoned for raping a beauty queen in 1992, losing three years of what was left of his prime.

Once out of Indianapolis jail, the punch and the powers of intimidation remained but the ambition, hunger and dedication were long gone.

He regained the WBC and WBA belts from poor Bruno and a scared witless Bruce Seldon but then ran into a foe who could take his punch and was not afraid; God-fearing Evander Holyfield just had Tyson’s number. He stopped him in 11 rounds in 1996 and then seven months later an out-of-ideas Mike twice bit Holyfield’s ears.

A ban and a conviction for an assault on two elderly motorists saw him lose a couple more years but controversy was never far away.

He returned to starch Frans Botha with a devastating right hand but later admitted trying to break the South African’s arm in a clinch. He then fought to a No Contest with Orlin Norris, whom he knocked out after the bell, and twice visited the UK for quick wins over Julius Francis and Lou Savarese. Another No Contest followed, when a drug test revealed he’d been smoking marijuana prior to a fight with Andrew Golota but, in 2002, came the long-awaited clash with old sparring partner Lennox Lewis. Tyson, whose peak was 15 years earlier, took a frightful battering over eight rounds and limped into retirement following upset losses to British enigma Danny Williams and limited Irishman Kevin McBride. But what a wild ride it had been.