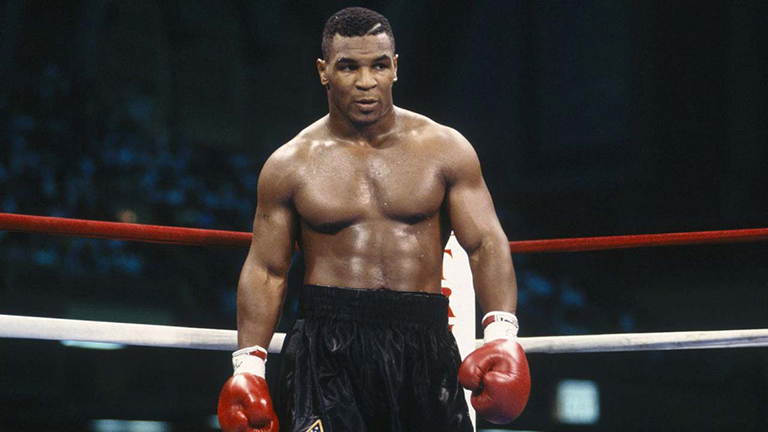 MIKE TYSON w ko 1 MARVIS FRAZIER
July 26, 1986; Civic Center, Glen Falls, NY
MARVIS FRAZIER, held back in slightly ridiculous fashion by his father and trainer Joe Frazier, does his best to look menacing during the referee’s instructions. Yet the grimace was soon replaced on Frazier’s face with the most vacant of expressions as Tyson let rip and knocked him silly inside 30 seconds. Two seismic right uppercuts left Marvin unconscious on his feet before further blows saw his whole body collapse. Tyson checked on Marvis – legs folded beneath him and scrunched up in the corner like a paper ball – then furiously leaped into the air with a deep and terrifying victory roar. Now that’s menacing.

DID YOU KNOW? Those who now view this as a mismatch should consider that Frazier had beaten Bonecrusher Smith, Jose Ribalta and James Tillis coming in and was ranked in the top 10 by all three sanctioning bodies beforehand.

WATCH OUT FOR: The violent end. Frazier fought with all the care of a lemming approaching a cliff edge, granted, but Tyson exploding with such educated ferocity remains a sight to behold.