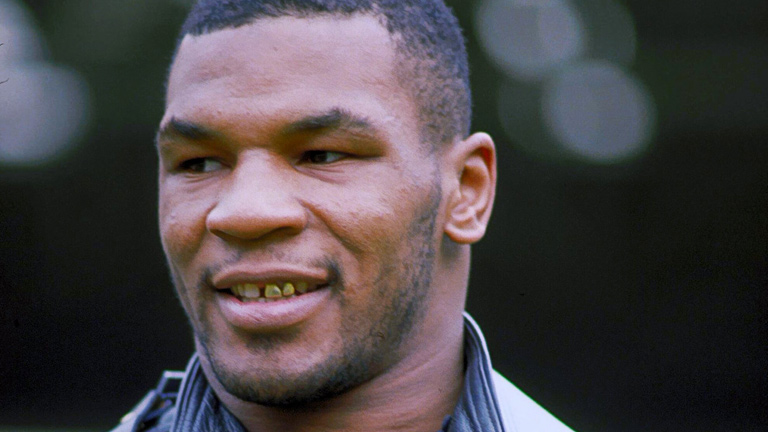 Mike Tyson was at his cruel best against Tyrell Biggs, writes Matt Bevan

1. MIKE TYSON stopped Tyrell Biggs in the seventh round to retain his undisputed heavyweight championship at the Convention Hall in Atlantic City on October 16, 1987. Tyson entered the fight with a record of 31-0, 27 inside the distance, and was still only 21, but already there were some issues beginning to take over his performances in the ring.

2. HIS relationship with Robin Givens was under constant scrutiny and in the public eye and there were also rumours that he wasn’t getting along with his trainer Kevin Rooney.

3. AS for Biggs, the 1984 Olympic super-heavyweight champion, he was seen as potentially being in the right place at the right time, as Tyson’s concentration and focus wasn’t fully on boxing. Biggs had also just overcome cocaine and alcohol addictions, which were well publicised at the time and he said: “It’s only fitting that an Olympic gold medal winner should defeat the invincible Mike Tyson.”

4. THERE was also plenty of ill will between the two, which stemmed back to their amateur days, when Biggs was chosen ahead of Tyson for the Olympic team. Tyson dropped down to lose in two box offs to Henry Tillman at heavyweight, for which Tyson blamed the weight. Biggs also claimed Tyson was easy to hit in sparring sessions, although he was an inexperienced 18-year-old at the time.

5. GRAHAM HOUSTON wrote for the Boxing News: “I expect Tyson to win somewhere in the 10th round. And if Biggs performs up to his highest level of ability, this could be the most memorable heavyweight fight since Larry Holmes outpointed Ken Norton in their 1978 cliffhanger.” Fight night was a different story and any chance that Biggs could pull off an upset was gone after the first round. It was totally one-sided in the end, as Tyson administered a savage beating to the challenger to retain his titles.

6. BIGGS towered over him and suffered a cut over his left eye, a cut inside his lower lip and was floored twice by left hooks in the seventh, at which point referee Tony Orlando stepped in and waved off the fight

7. TYSON said following the win about the disparaging remarks Biggs made in the build-up: “He talked so much, he didn’t show any class or respect. I wanted to make him pay with his health. Needless to say he did.

8. BIGGS remained defiant after saying: “Today Mike was the better fighter, but I don’t feel he will beat me five times out of five.” There weren’t many in attendance who agreed with Biggs’ assessment.

9. PROMOTER Don King revealed after the fight that “Iron” Mike would take on former champion Larry Holmes, who claimed that “he was going to knock this guy out. Tyson makes a lot of mistakes.” Another future Tyson opponent was also in the 12,000 strong crowd that night in Atlantic City in Michael Spinks. He said: “He’s got awesome power but no skills. And I’m even starting to question his power.”