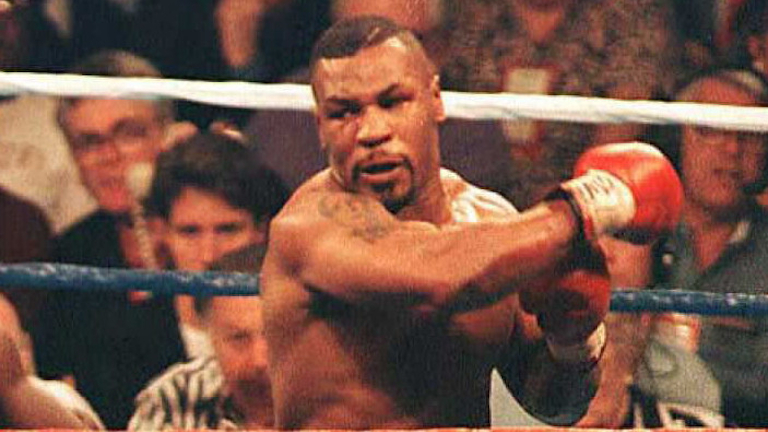 MIKE TYSON w pts 12 RAZOR RUDDOCK
June 28, 1991; Mirage Hotel & Casino, Las Vegas, NV
“HE’S not a sore loser,” said Razor Ruddock’s promoter Murad Muhammad about his fighter’s absence from the post-fight press conference, “he’s just sore.” In a wild encounter with Mike Tyson, Ruddock gave it everything he’d got three months after their first bout which saw the Canadian controversially stopped in seven. Going into the return there were rumours that Tyson hadn’t taken the bout seriously and his critics used this 12-rounder as evidence that “Iron” Mike was in decline. That was true but, watching this bout now, Tyson’s last outing before he was jailed for three years, provides evidence of a tremendous fighter.

DID YOU KNOW? Tyson had originally been slated to take on perennial contender Renaldo Snipes on June 8, 1991 before Ruddock’s demands for a return were granted.

WATCH OUT FOR: The knockdowns in rounds two and three and the points deducted in the fourth, ninth and 10th (Ruddock also lost a point) showcase the best and worst of Tyson.