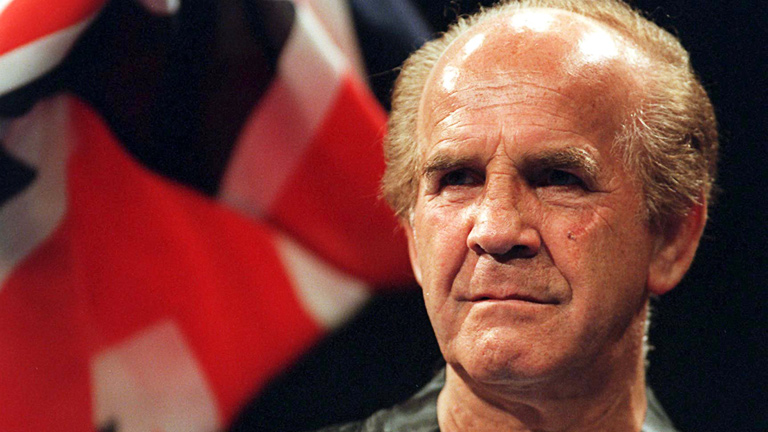 MICKEY DUFF knew boxing in a way few others have and mastered its complexities as no other could have done, or probably will do again.

Duff was a boxer, manager, matchmaker, adviser, promoter and a first-class motivator in the heat of a fight. Boxing was more than his job. It was his world.

His death, in his sleep in a south London nursing home early on Saturday, March 22nd, 2014 at the age of 84, ended an era in the British game.

When I helped him write his long-overdue autobiography in 1999, I was aware the book would have been better written a decade or so earlier by someone who was with him through his glory days and who had shared his travels. However, even then he had the rare capacity to tell an old story as if it were fresh. He was captivating company.

Duff was a complex man whom I knew too little of, and too late. My first introduction to him was in 1978 when he was bawling Harry Mullan and I out for something I had written in Boxing News. It was so heated I thought I had made an enemy for life. Yet the next time we met, he had erased it as an irrelevance and was helpful and generous with his time. When we wrote the book together, Mickey and Jarvis Astaire, whom he admired hugely, would spend long telephone conversations shouting at each other. It was the same way, he said, with another close friend of the glory years, the brilliant manager-trainer Terry Lawless. Their friendship and productive business relationship was punctuated by furious rows.

Duff was born Monek Prager in Tarnow, Poland, on June 7, 1929. One of his earliest memories was lying on a couch after the Passover meal, listening to a frightening conversation between his parents about how it was no longer safe for Jewish people to live in the town. His father, a rabbi, escaped to London, and managed to move his wife and two sons out of Poland in 1938, saving them from probable death in the Nazi-imposed ghetto or the concentration camps.

Rejected for good by his father over a minor incident at 12 – they never spoke again – he was at work at a clothing factory at 13, and at 15, lying about his age, he was a professional fighter named Mickey Duff. By his own admission he was a cautious counter-puncher. “As a matchmaker, I’d never have booked myself,” he said. He also remembered excitedly at the end of a fight at Mile End that the crowd were tossing in nobbins. “That’s not nobbins, son, that’s stones!” said his world-weary cornerman.

He retired at 19, moved into matchmaking, managed fighters part-time, ran a tailor’s business and married his wife Marie. They had a son, Gary.

By his own admission, his friendship and working relationship with Astaire changed his life and in the 1960s, along with Harry Levene, who promoted at Wembley, and Mike Barrett, who had the contract to promote at the Royal Albert Hall, they won a power-struggle with the long-time ‘supremo’ of British boxing, Jack Solomons.

Duff had been instrumental in the rise of Terry Downes to the world middleweight title in 1961. They had also made a star out of Billy Walker, who sold out Wembley’s old Empire Pool time and again, and were involved promotionally in Muhammad Ali’s fights with Henry Cooper and Karl Mildenberger. “I loved those years,” he said. “They were wonderful. I thought I was in dreamland. I was young, enthusiastic and filled with energy.”

In 1974, John Conteh, whom Duff called the most talented and most frustrating boxer he had ever worked with, won the world light-heavyweight crown. They guided Joe Bugner from the beginning of his career to his fights with Ali and took John H Stracey to that superb victory over Jose Napoles for the welterweight title in Mexico City.

They built on those successes as Jim Watt, Alan Minter, Maurice Hope, Charlie Magri and the Ugandan southpaw Cornelius Boza-Edwards all won and defended world championships. Heady, unforgettable days. Their control of the British market, because of an exclusive deal with the BBC, was complete. When they added Lawless to the partnership, they seemed unstoppable.

All empires eventually fold, however, and a Sunday Times exposure of the business relationship that existed between them all, citing conflicts of interest, weakened them. Even so, Duff took Lloyd Honeyghan to the world welterweight crown in 1986 with that famous triumph over Don Curry in Atlantic City. When Honeyghan, who had already fallen out with Lawless, complained about Duff, Mickey famously shot back: “There is nothing in our contract that says we have to like each other.” He also guided Duke McKenzie to world championships in three weight divisions.

By the mid-80s, as Frank Bruno was moving towards his world title bids against Tim Witherspoon, Mike Tyson and then Lennox Lewis, Duff was spending more time in California, but he clung on to his power and influence, in spite of increasing pressure from Frank Warren and then Barry Hearn. The loss of the BBC contract accelerated the decline. The BBC made a huge error of judgement when they declined to cover the fights of a young Naseem Hamed, who had just moved to Duff from Matchroom in 1993.

If Duff had signed Lewis – talks between them happened but stalled – he might have risen again, but in spite of guiding young stars like Richie Woodhall, Joe Calzaghe and Billy Schwer, the balance of power had shifted. Woodhall and Calzaghe moved on, Schwer fought for but did not win world titles, and by the turn of the Millennium, Duff was in his early 70s. The great days had gone.

He was inducted into the International Hall of Fame in 1999 and, for the next decade, enjoyed the meetings of the London Ex-Boxers Association. He told me he would have liked to have retired to Israel, but perhaps boxing was so embedded in him that leaving London was too big a wrench.

Mickey Duff deserves to be acknowledged as one of the greatest figures British boxing has ever produced. “How would I like to be remembered by boxing people?” he said. “As a man who knew his business…”

That is beyond dispute.