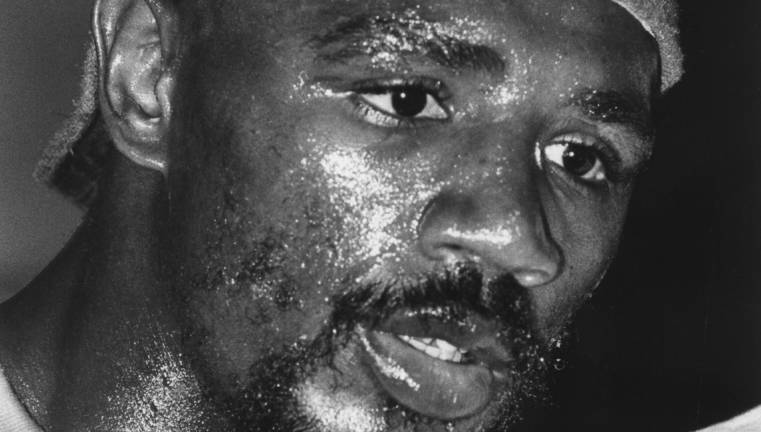 MARVIN HAGLER w pts 10 BENNIE BRISCOE
August 24, 1978; Spectrum, Philadelphia, PA
LABELLED ‘The Battle of the Balds’, Marvin Hagler and Bennie Briscoe attracted a record number of fans into the famous Spectrum for a non-title fight. Hagler’s southpaw jab was a factor throughout though he was forced to cope with a cut near his right eye from the fourth round. “I felt the coldness coming down on my eye,” Hagler later said of the wound. “It was an old cut that I had suffered in high school. I got my confidence back by taking care of the fight and letting my trainer take care of my eye.” Briscoe, past his best, would claim that he had to force the fight but it was Hagler – approaching his prime – who deserved the victory after 10 rounds.

DID YOU KNOW? Hagler credited his victory on first class preparation. “I worked doubly hard for this fight,” he said. “I worked with six sparring partners interchangeably over a three-week period.”

WATCH OUT FOR: The seventh round. Briscoe goes on the attack in the early going before Hagler responds and has his opponent in trouble at the end of the session.