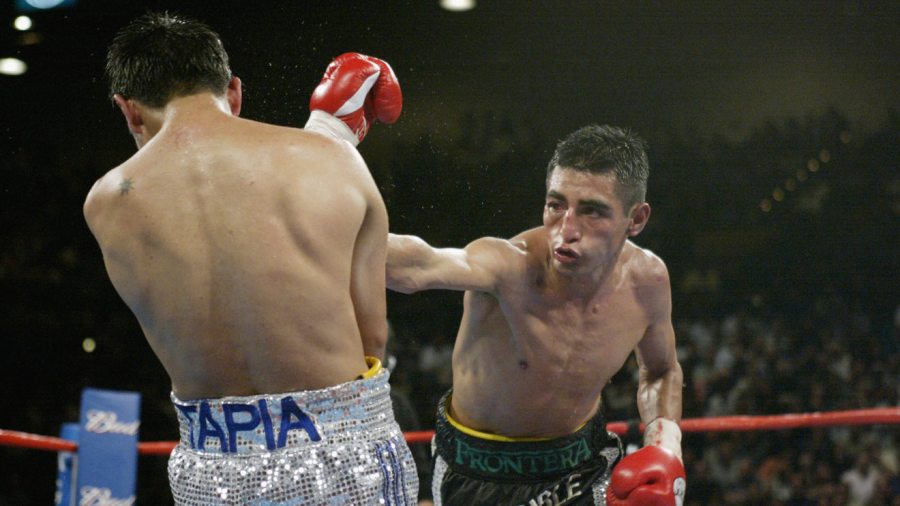 MARCO ANTONIO BARRERA w pts 12 ERIK MORALES
June 22, 2002; MGM Grand, Las Vegas, NV
LIKE all three bouts these bitter Mexican rivals shared, the quality on display was awe-inspiring. This bout – postponed from March 2002 when Barrera injured a rib –  was not quite the thriller of their opening bout but it did share the controversial conclusion. While many felt Barrera deserved to take the decision that went Morales’ way first time around, observers favoured Morales in this rematch that was awarded to Barrera. Morales, who ended the bout with a severe swelling around his right eye, lost by scores of 115-113 (twice) and 116-112. The fight was riding on the last round and Barrera gained control over his one-eyed foe in the last three minutes behind his excellent jab and accompanying blows to head and body.

DID YOU KNOW? Though the WBC title was on the line, Barrera’s sole motivation was getting revenge over Morales. Though Barrera won the fight, he rejected the title.

WATCH OUT FOR: The moment in the seventh round that haunted Morales for a long time afterwards. He claimed that a right hand to the body took Barrera off his feet and not the slip that the referee ruled.