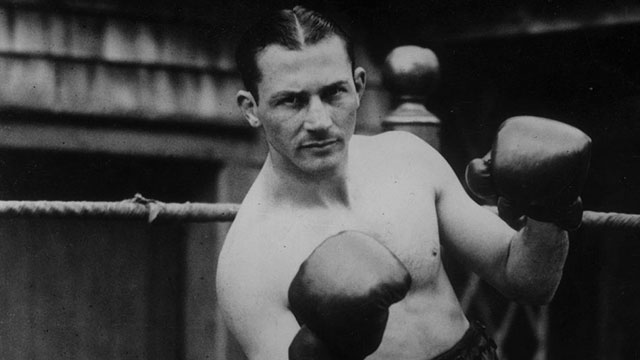 Daniel Herbert details the extraordinary career of Benny Leonard that eventually came to a close on October 7, 1932

BENNY LEONARD, who reigned as world lightweight champion from 1917 to 1925, was such a great boxer that his position as the best ever at 9st 9lbs was called into question only with the arrival in the 1970s of Roberto Duran.

Even in his own era, Leonard was considered to have surpassed Joe Gans, who bossed the lightweights in the very early 1900s, when the weight limit still fluctuated, and who figured in at least one contest widely acknowledged to have been fixed.

But then Benny was around in the Roaring Twenties, when a world tired of war was ready to enjoy itself, with prize fighting the chief pleasures. Jack Dempsey was Leonard’s near-contemporary as world heavyweight champion (1919-1926) and the likes of Leonard were able to ride on the coattails of the Manassa mauler.

Benny’s biggest night came in July 1922 when he boxed a no decision contest against Lew Tendler, a clever southpaw from Philadelphia and a Jew like Leonard. Tex Rickard promoted it at the Jersey City Bowl he’d had built for the previous year’s Dempsey-Georges Carpentier battle, and 80,000 fans paid a $368,000 gate.

It was also the occasion of one of Benny’s most celebrated feats of ringcraft. Tendler had him hurt, reportedly out on his feet, but Leonard cleverly hid that fact from the challenger and boxed his way out of trouble. When they met in a title bout the following year, Benny had solved Tendler’s portsided stance and was a good points winner after 15 rounds.

For all his reputation as a master boxer, the 5ft 5ins Leonard gave the fans plenty of thrills. When Benny passed away in 1947 Duke Burley underlined that fact in his obituary.

“The greatness of Leonard lay in the fact that he was not a sensational performer, yet almost all his important fights produced a maximum of thrills. Benny was a skilful boxer, a master when it came to forcing an opening. But he was inclined to get careless, and more than one challenger came within an inch of beating him.”

And while Leonard had a superb left hand, he also carried a wallop in his right. Emphasised Burley, “Few got off the boards after a Leonard right had found the target. Benny hit with the knuckle all the time, and was never known to suffer a hand injury throughout the course of his long career.”

That career began on the streets of Manhattan’s Lower East Side, where Benny was born Benjamin Leiner in 1896. Poverty meant that he was boxing professionally at 15. He rose quickly through the ranks after earning $10 for his debut.

When his world title chance came in 1917 he was ready – which is more than could be said for champion Freddie Welsh. It was officially a no decision 10-rounder, meaning the title could change hands only if Welsh lost inside the distance.

The man from Pontypridd, nearing the end of his career, had neglected training and came in over the lightweight limit. If he assumed he’d still be there at the final bell come what may, he assumed wrong as Leonard bounced him off the floor several times before putting him down for keeps in the ninth. The title had changed hands and, if the circumstances were debatable, Benny set about proving himself a worthy champion.

Johnny Kilbane, the world featherweight king, challenged Leonard up at 9-9 and Benny knocked him out in three rounds.

In 1920 British-born Charley White hurt Leonard with his famed left hook and dropped him out of the ring with the following right. Fans pushed Benny back in and White went wild in his attempts to finish it. That was in round five, but Benny rode out the storm and in the ninth knocked out White.

Benny proved such an outstanding champion that his crisis moments came only when he had taken a challenger lightly. In 1921 Richie Mitchell had down in round one but Leonard rallied to KO him in the sixth. Rocky Kansas, who would become 9-9 king after Benny’s retirement in 1925, was floored and outscored in a title tilt.

By the summer of 1922 Leonard, looking for a challenge, moved up to take on world welter king Jack Britton. In round 13 Benny let a punch stray low and he was disqualified for the only time in his career.

A dearth of worthy opponents in his own division led him to retire as reigning champion, but when the Wall Street Crash wiped out his investments, he returned in 1931 as a welterweight. After feasting on mediocre opponents, he went in with hotshot Jimmy McClarnin and was hammered in six rounds in October 1932.

He never fought again, but taught boxing in the US Navy during World War II and on demobilisation became a referee in the Big Apple. It was while handling a prelim at St Nicholas Arena that he collapsed and died shortly afterwards. He was only 51.