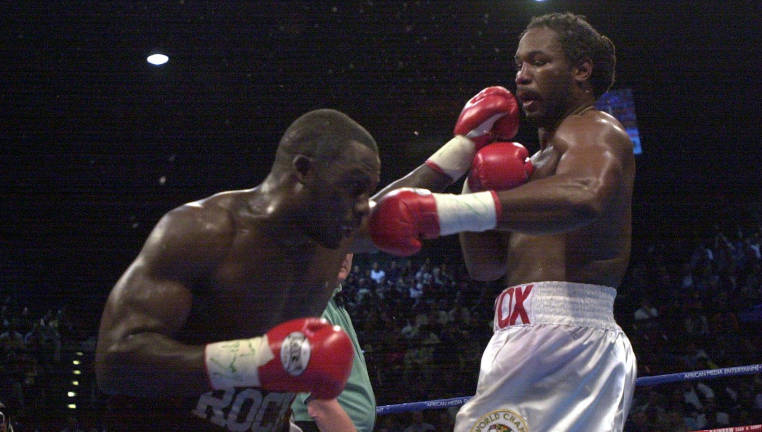 ON this day in 2001 Lennox Lewis suffered a huge knockout loss. The Briton was the unified WBC and IBF heavyweight champion and 28-year-old Hasim Rahman was near-universally expected to be a run of the mill victory for him.

Perhaps 20-1 favourite Lewis thought the same. He arrived in South Africa for their title fight with not enough time to acclimatise to the altitude. He had been in Las Vegas filming Ocean’s Eleven and arrived jetlagged. He came to South Africa two weeks ahead of time (experts suggested that he needed five to six weeks). Lewis however said, “I’ve boxed at altitude against Henry Akinwande in Lake Tahoe in 1997 and trained at altitude in Big Bear before. My body is used to it.”

Reports had also emerged that Lamon Brewster had dropped him in sparring with a serious punch. In the Boxing News preview Claude Abrams asked, ‘Has Lewis taken Rahman lightly?’

He had and he was punished for his complacency. In the fifth round Rahman detonated a perfect right hand on the champion’s chin and delivered a shocking knockout. “One of the most dramatic finales in boxing and sports history,” Claude Abrams wrote fromCarnival City, Brakpan.

“I felt I won each round comfortably but he never gave up,” Lewis reflected. “He was throwing a right as I did and he landed first. I went down and didn’t beat the count.”

Lennox Lewis did however have his revenge. They rematched later that year and Lennox knocked him out in four rounds. Their rematch took place in Las Vegas.