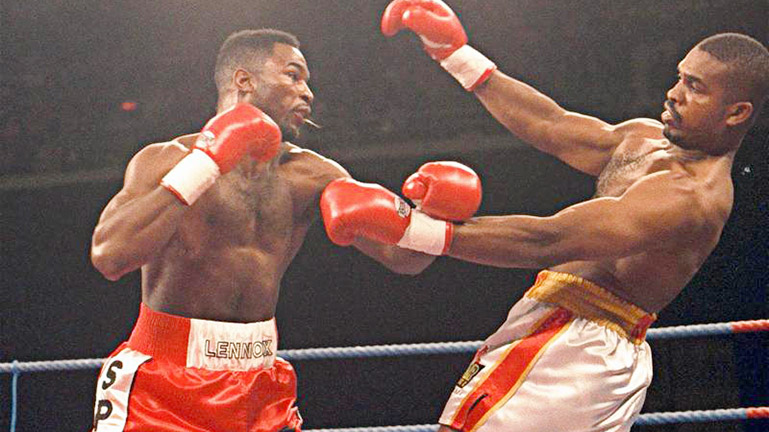 1. Halloween night in 1992 saw the beginning of a new era of heavyweight boxing, when Lennox Lewis knocked out Donovan “Razor” Ruddock in two rounds to secure his first shot at the WBC title.

2. Despite being British, Commonwealth and European champion, Lewis was the underdog going into the fight with Ruddock, who had shared the ring with Mike Tyson twice, and held the No.1 ranking with the WBC.

3. Ruddock had the experience, but the No.2 ranked Lewis was gradually growing in stature in the division and promoter Frank Maloney got him the home advantage at Earls Court Exhibition Centre in London.

4. This was one of the most important fights of 1992, as the winner was due to take on the victor of Evander Holyfield’s clash with Riddick Bowe two weeks later in Las Vegas for the undisputed championship of the world.

5. Lewis and Bowe’s rivalry went right back to their amateur days, when Lewis beat Bowe in the 1988 Olympic final, and it was still as intense in the professional ranks. Of all the good fights that could be made in the heavyweight division back then, there was plenty of clamour to finally see the pair settle their differences in the ring.

6. Lennox held up to his end of the bargain as he flattened Ruddock in just two rounds, defending his Commonwealth title as well. Lewis put “Razor” down with 10 seconds left in the first with a stiff right cross, and Ruddock never recovered, going down twice in the second before referee Joe Cortez halted the fight.

7. However, the aftermath is more memorable, as Bowe beat Holyfield two weeks later and was ordered to take on his bitter rival. Bowe refused and binned the WBC belt in a press conference, saying if Lewis wanted the belt, he would have to get it out of the garbage.

8. The WBC awarded the title to Lewis who embarked on one of the most dominant reigns in the heavyweight division, beating everybody he fought. There were two losses to Oliver McCall and Hasim Rahman, but Lewis avenged both, and along with Gene Tunney, Rocky Marciano and Ingemar Johansson, remains one of the few heavyweight world champions to beat every opponent ever faced.

9. He retired in 2004 as the world champion and was inducted into the Hall of Fame in his first ballot in 2009. He is also the first British born fighter to win the world heavyweight title since Bob Fitzsimmons in 1897.

10. As for Ruddock, he never won the world title and retired in 2001. Although he did announce a comeback – which has still never materialised – in 2012 at the age of 48.

GET THIS WEEK’S BOXING NEWS, established in 1909 and the longest running publication on the market, FOR AN UPDATED STORY OF ALI-FOREMAN with EXCLUSIVE INTERVIEWS with DON KING and GEORGE FOREMAN… SAVE MONEY and GET THE BEST COVERAGE EVERY WEEK.