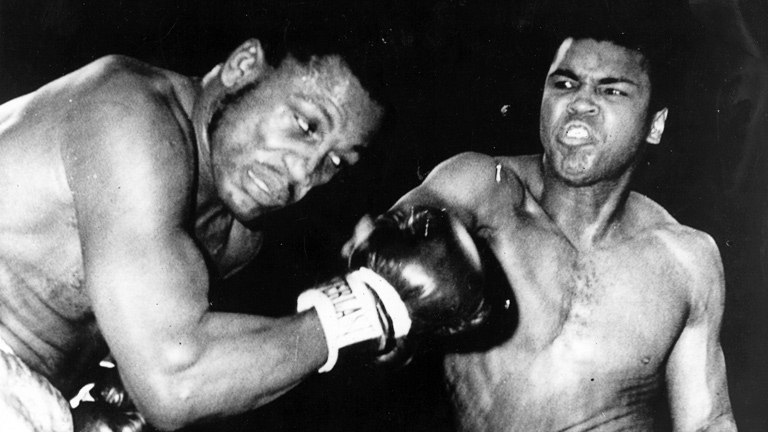 WHEN Muhammad Ali announced his retirement from boxing on February 1 1970, it looked like the end.

In the three years he had been away, Ring Magazine had continued to recognise him as champion, and armies of fans longed for his return. But with WBA boss, Jimmy Ellis, and New York champion Joe Frazier set to meet for the unified crown, Ali did what he perceived to be the right thing, and abdicate. When Frazier beat Ellis, the former king was questioned again about a possible return, despite his legal problems – stemming from his refusal to serve in Vietnam – remaining.

“I will never fight again,” he vowed. “Boxing needs me, but I no longer need boxing. My hands are clean, I owe no taxes to Uncle Sam. I am not putting my eggs into one basket in future. The bread will come from the book I’m writing – my life story; the butter from the stage; and the cream from films.”

Ali insisted he was financially secure, and the fact he was handed a $60,000 advance on an autobiography of which not a word had been completed, was evidence of his marketing pull. And then something changed.

In September 1970 the Supreme Court ruled that young men who were opposed to war on ethical grounds should be exempted from drafting into the armed forces. Suddenly, and quite unexpectedly, the biggest comeback in boxing was set. And Ali, despite his public assurances that he was finished, may have known for a while that a return was on the cards as it emerged that he had been sparring the likes of Frazier, Ellis, Sonny Liston and British contender, Joe Bugner.

After passing his medical and obtaining a licence from the New York State Athletic Commission, Ali announced rugged contender Jerry Quarry would be the man to end his inactivity on October 26. His trainer, Angelo Dundee, watched the 28-year-old Ali in an exhibition fight and was stunned by his fitness and sharpness.

“I came here expecting nothing, instead I saw it all,” said Dundee. “For any other heavyweight it would have taken six months to return from a three-year layoff. This man is a truly remarkable athlete.”

But Ali’s preparation was not all miracles and joy. As he was winding down his camp before his comeback he sparred Alvin Lewis and was floored, much to everyone’s surprise, including Ali’s.

“Yes, he knocked the wind out of me. I did not have my muscles properly tensed because I am out of practice,” Ali admitted, before refusing to revert to his old habit of predicting his rival’s downfall. “I have finished predicting and fooling around. That stuff was merely to sell myself on the way up. I don’t need it now. I’m dead serious about this comeback and everyone in the world is waiting to see if I am still The Greatest. After this fight they’ll see I am still the champ.”

Ali impressed the public when he took to the ring with Quarry in Atlanta, Georgia.

“The magic is still there,” reported Boxing News after his flashing weaponry opened a gaping wound on Jerry’s left eyebrow and forced a stoppage victory in three rounds. Quarry, an accomplished contender, was outgunned from the start. Ali’s friend and advisor, Drew ‘Bundini’ Brown (who coined the phrase, “float like a butterfly, sting like a bee”) told Muhammad to “stick him at distance”. It was simple advice, but worked a treat. The tough underdog was hacked at arms’ length, his crude approach exposed by the fistic brilliance coming his way.

Quarry had moderate success when he targeted the former champion’s body but in round three, a long right hand ripped into his skin and blood cascaded down his face. At the close of the round Quarry’s trainer, Teddy Bentham, looked at the gruesome laceration and stopped the fight.

“No, no, no,” the blood-soaked warrior pleaded. He pushed past his cornermen and told the referee, Tony Perez, he wanted to continue. But the contest was waved off. In the calm of his dressing room, the loser admitted it was the right conclusion.

“I came back and did not know I was bleeding,” he said. “All that went through my mind was to get back in there because I’m a fighter. But then I felt the blood, it felt like it was gushing.”

Despite the admission that his wound – that required 11 stitches – was bad, he held back on compliments to the fighter who opened it.

“He did just what I expected,” Quarry said of Ali. “He’s just as fast but he’s not a punishing puncher. I knew I was going to lose about four or five rounds but then I was going to make a fight of it. I just never got the chance but I know he got a couple of left hooks in the belly that he’ll remember for a while.”

Quarry, one of the best fighters of this legend-laden era, was made to look ordinary. Muhammad Ali wanted to take on his heir, Joe Frazier, but first he returned to New York for another warm-up bout. The durable Argentine, Oscar Bonavena, was selected by Angelo Dundee because he wanted to be sure of Ali’s stamina and strength.

Bonavena, not known to cut, had given Frazier extreme trouble, and would test Ali in a way Quarry was expected to. Bonavena was delighted to get involved in the fun.

Unlike against Quarry, Ali struggled to find his rhythm. His superior natural skill allowed him to control proceedings but he was far from happy, his timing poor and his footwork alien to what fans had grown used to during Ali’s pomp.

Dundee was concerned in the corner, his man was taking more punishment than he had before, and was forced into a messy brawl. But if the story of the bout was one of struggle, the final words were telling. In the 15th and last round, Ali dropped Bonavena three times to score a last-gasp knockout victory. Perhaps it was the fight that alerted the world to the fact Ali was not the same as before, but he highlighted an immense will to win, something that would push him over the finishing line so many times in stage two of his career.

In January 1971 the US Supreme Court cleared the way for Ali to challenge new king Frazier by lifting Muhammad’s 1967 conviction for draft evasion.

Frazier, once a friend of Ali during his hiatus and a supporter of his comeback, was suddenly under attack from the malicious side of his countryman’s character. Frazier felt betrayed by the insults, by suddenly being racially abused by a man of the same colour, by being labelled a ‘gorilla’ and an imbecile. Ali’s radical mischief was in overdrive and the public could not get enough. The bout, set for March 8 1971, was rightly labelled ‘The Fight of the Century’. Never before had two unbeaten world heavyweight champions collided, and the contrasting personalities of the two Olympic kings (Frazier won gold in 1964) added irresistible spice to the rivalry.

Both men were guaranteed one million dollars for their part in the bonanza, and the whole planet was rewarded with an unforgettable contest. Beforehand, there was a circus atmosphere. Superstar Frank Sinatra clutched a camera, his admission to the biggest sporting event in history granted by Time Magazine, who commissioned the crooner to be their ringside snapper.

And opinion was split on who fans wanted to win. Back in 1971, Ali was not the untouchable hero he would become. Many still accused him of turning his back on his country over the Vietnam War (which still had four years left to run), whereas Frazier was the working man’s idol.

The pair’s relationship had long turned bitter by the time they faced off inside Madison Square Garden in front of 19,500 fans.

“You know, you’re in here with the God tonight,” Ali rasped at Frazier in the ring.

“If you are God, you’re in the wrong place tonight,” came the reply.

When the fight began, beneath a blanket of hysteria, Ali lifted his heels and danced on his toes, pinging out his supreme jab as he grooved around the ring. The crouching menace of Frazier was slower to arrive as the former champion controlled the opening three rounds. But Frazier, the younger man by two years at 27, was not remotely overawed. From the fourth, he bustled his way into the contest. Once “Smokin” Joe found his rhythm, the pressure he unleashed was relentless.

In the eighth, Frazier was in total control, swinging violently at his increasingly stationary opponent. Ali attempted to find shelter on the ropes and pawed his incoming enemy. But Frazier yanked Ali away and flung him into the centre of the battlefield, before resuming his attack.

Ali, sporadically brilliant but always willing, had his moments. In the ninth he rocked Frazier with two savage left hooks but looked on the brink of being stopped two rounds later. A looping left hook glided over Ali’s arms and crashed off his jaw. He staggered back, and fought hard to remain upright. From that moment until the final bell, it was all Frazier.

The champion sealed victory in the final round when he planted another hellacious left into Ali’s face. Muhammad tumbled back, he looked out, but his senses returned the moment his back hit the canvas. Somehow, Ali immediately rose, and survived to hear the final bell. Some ringsiders had the fight close, but there was no doubt about who was the winner.

“I’m glad I was not knocked out,” Ali said through a severely swollen jaw. “I’m satisfied with the fight even though I lost. I know I lost to great champion, but maybe at another time when both of us had been fighting regularly the result would have been different. I don’t know, but maybe.”

The winner of the richest fight that had ever graced boxing was quick to compliment Ali but questioned his tactics.

“He takes some punches. I hit him with some terrific punches – a couple of them from all the way down south. I thought Ali underestimated me, and that in part cost him the fight. He must be crazy to stay against the ropes like that. It was foolish and it didn’t make any sense to me.”

Dundee was frustrated, but perhaps coming to terms with the change in his charge.

“I would have preferred it had Ali moved about the ring and jabbed as everybody knows he can but you know him, he always does what he likes. If there is a return fight I would go with my fellow winning.”

Time would tell. The rivalry had only just begun.