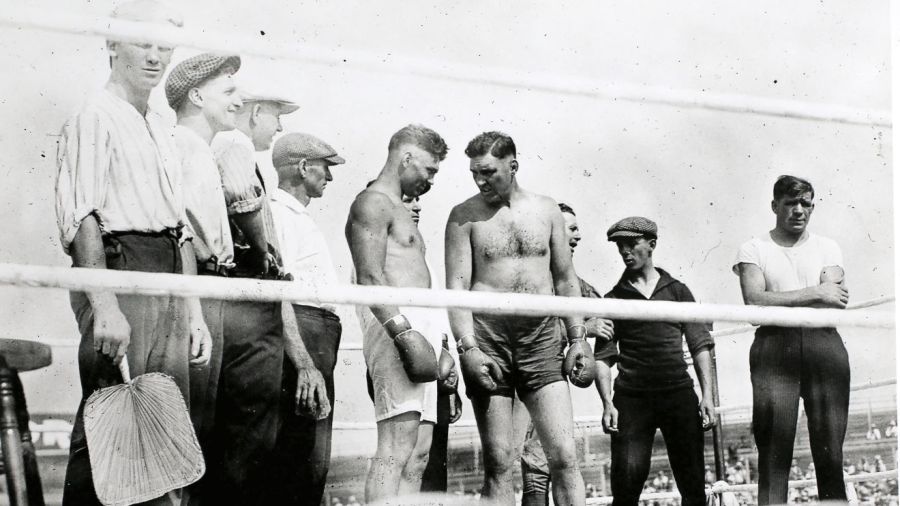 JACK DEMPSEY w rtd 3 JESS WILLARD
July 4, 1919; Bay View Park Arena, Toledo, OH
ARGUABLY the most savage coronation in heavyweight history. Had this contest occurred in the modern day, not only would Dempsey have been called a physical wonder for slaying a man who outweighed him by 58lbs and was 5 ½ inches taller, it would not have lasted longer than one round. The beating that Willard took in the opening session remains frightfully shocking to this day. According to reports from the time, Willard – who went down seven times in round one – (just about) walked away from the bout with a jaw broken in two places, two fractured ribs, five less teeth, a swollen shut eye, a squashed nose and a left ear shredded to such an extent he never regained complete hearing in it.

DID YOU KNOW? The unprovable story of Dempsey’s ‘loaded gloves’ is often told but was not a consequence of sensationalism or hocus pocus hindsight. It originated from Willard himself who went to his grave believing Dempsey had cheated his way to the world heavyweight title.

WATCH OUT FOR: Willard bossing the opening 30 seconds before all hell breaks loose. Watch the colourised version if you want the violence to be enhanced.