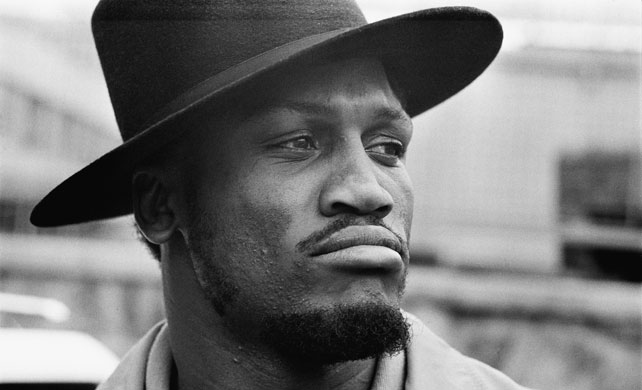 Tris Dixon pays tribute to the career of Joe Frazier, one of the finest of them all

WHEN the late Philadelphian warrior was laid to rest in 2011, Joe Frazier’s fortune was long gone and his health had been waning for some years but his reputation as one of the best gunslingers the heavyweight division had seen was firmly in tact.

The man who was raised as a child in Beaufort, North Carolina – in the rural community of Laurel Bay – but took the bus north to New York for settling in the City of Brotherly Love.

He became an amateur fighter, inspired by memories of his family watching boxing on their old black and white television set, and his unpaid career culminated in a 1964 gold medal in Tokyo and he turned professional with the backing of a group of local businessmen who formed the Cloverlay Partnership.

His trainer, Yank Durham, helped put the consortium together and they invested in him so Frazier could train full-time and he started off on the right foot, stopping Woody Goss in the first round in his debut.

Frazier, a fabulous left-hooker, made short work of many men and in 1966 Eddie Futch was brought onboard as an assistant trainer.
And ‘Smokin’ Joe’s charge had started.

He beat the likes of Oscar Bonavena and Eddie Machen, top contenders, in 1966 and a year later halted Doug Jones in six. Then he stopped the immovable Canadian, George Chuvalo, and defeated his old amateur rival Buster Mathis Snr in the 11th round.

By the time Cassius Clay, then Muhammad Ali, refused the Vietnam draft and was had his licence taken away, Frazier was clearly the best heavyweight in the world, even if he needed to come through a tournament set up by the WBA to prove it.

He defeated Jerry Quarry on cuts in seven frenetic rounds, unified the titles against Jimmy Ellis – Ali’s old stablemate – in the final of the tournament and then crushed the excellent light-heavyweight, Bob Foster, in five.

It was March 8, 1981, when Frazier and Ali finally locked horns in a showdown definitely billed as The Fight of the Century.

And it more than lived up to the hype as the two legendary heavyweights set about one another from the first bill to the delight of a sold out crowd at New York’s Madison Square Garden.

“You know, you are in the ring with the God,” said Ali’, trying to psyche out Frazier at the last minute.

“If you are the God,” quipped Frazier, “you’re in the wrong place tonight.” Their incredible 15 rounds is widely-heralded as the greatest heavyweight fight of all time, between two unbeaten heavyweight kings in their prime and Frazier’s flashbulb left hook, spectacular enough to drop Ali but amazingly not enough to keep the great man down, put the exclamation mark on Joe’s historic victory.

It proved a tough act for the Philadelphian to follow and defences against Terry Daniels and Ron Stander did not bring the best out of the champion but it was thought the menacing threat of George Foreman would.

The big-hitter from Houston was at his intimidating best against Frazier and extended his undefeated run to 38 with a blistering two-round destruction of Frazier in Jamaica. Joe was floored three times in each session.

He rebounded in London with a tougher than expected win over plucky Joe Bugner and then, in 1974, Ali avenged the ’71 loss on points over 12.

Two repeat wins, over Quarry and Ellis, lined Frazier up for a third fight with Ali, another history maker dubbed, fittingly, as the Thrilla in Manila.

Ali, as was his custom, teased an taunted Frazier every step of the way. Joe was frustrated as he had helped Ali when he fell on hard times after he lost his licence to fight.

Ali lashed out at Joe, branding him and Uncle Tom and insulting his appearance, infamously dubbing him the gorilla.

“It’s gonna be a thrilla, a chilla and a killa, when I get the gorilla in Manila.”

It was little more than schoolyard bullying but Frazier took it deeply personally, which added fuel to their intense professional rivalry.

They both hit each other with everything they had on a sweltering evening in the Philippines in one of the most gruelling fights the sport has seen.

“Joe, they told me you was all washed up,” muttered Ali in a sweat-filled clinch. “They lied,” Frazier growled in reply.

With both battered, bruised and swollen they slugged away with reckless abandon, neither flinching, neither giving an inch. The pressure stayed on but then, moments before the bell sounded to start the 15th and final round, Futch withdrew Frazier.

“It’s all over,” he said, “But no one will forget what you did here today.”

But neither fighter, already declining before their trip east, were the same again.

Joe lasted five rounds with Foreman in his next fight and then, after a five-year retirement – tried his luck in a comeback bout only to draw with the limited Jumbo Cummings.

Frazier was no longer ‘Smokin’, but Futch was right, no one would ever forget what he had done.

Joe Frazier died on November 7, 2011. He had been outlived by his great rival Ali but Muhammad made it to Philadelphia to pay his respects, despite his own ailments and continued fight with Parkinson’s.

“I will always remember Joe with respect and admiration,” Ali said in a statement. “My sympathy goes out to his family and loved ones.”

Ali was joined by more than 4,000 mourners during the two-hour service at the Enon Tabernacle Baptist Church, including the likes of Larry Holmes, Don King and the referee Jesse Jackson.

Frazier was 67 when he died and Rvd Jackson asked the congregation to stand and applaud the fallen champion.

Ali rose and clapped louder than anyone else in the church.

Joe Frazier was ranked No.34 in the Boxing News 100 Greatest Fighters of All-Time. Order your copy here