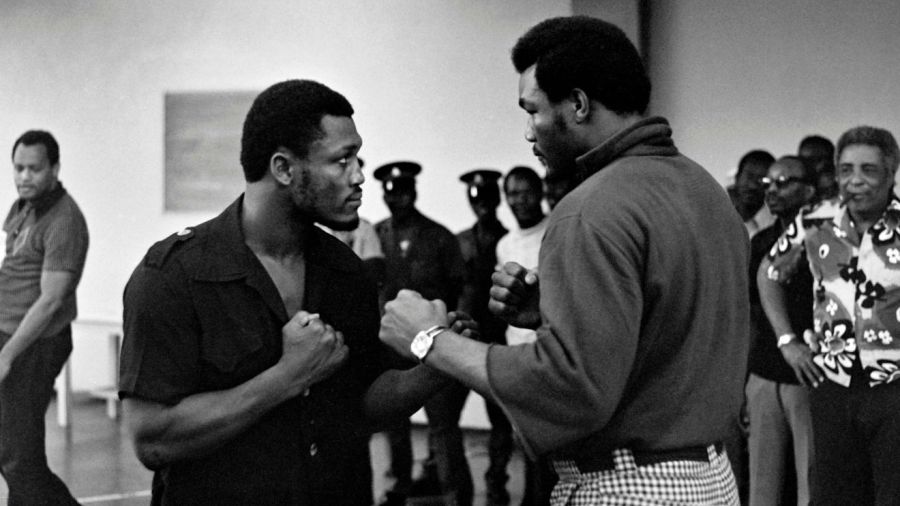 GEORGE FOREMAN w rsf 2 JOE FRAZIER
January 22, 1973; National Stadium, Kingston, Jamaica
IF you were to rate the most savage coronations in heavyweight history, George Foreman’s bombastic two-round beating of Joe Frazier would perhaps be second only to Jack Dempsey thrashing Jess Willard in 1919. But unlike Willard, Frazier was widely expected to retain his world championship. When the two unbeaten fighters came together at the weigh-in, Foreman – whose first of 12 children had been born just weeks before – towered over the champion. “I’m gonna sit you on the ground, George,” said Frazier. A few hours later, after Foreman sat Frazier on the ground for the sixth time in two rounds, the fight was over. “I don’t want no more big fights for a while,” Foreman said afterwards. “I just want to go home and spend time with my daughter.”

DID YOU KNOW? The fighters’ choice of gloves was made with colour television in mind. Foreman went for red and blue – to match his shorts – while Frazier’s were gold and green.

WATCH OUT FOR: In the second round, after both the fourth and fifth knockdowns, Foreman can be seen remonstrating to Frazier’s corner to throw in the towel.