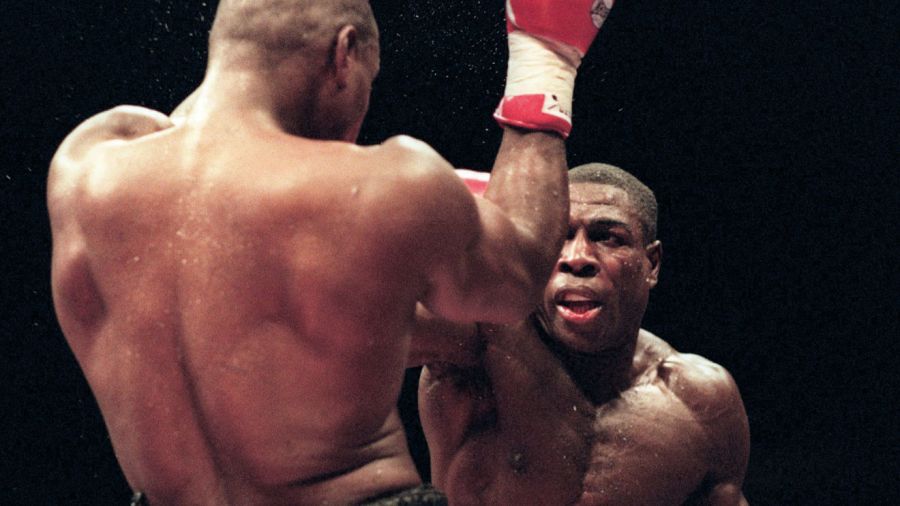 FRANK BRUNO w pts 12 OLIVER McCALL
September 2, 1995; Wembley Stadium, London
IT’S true, this bout was scrappy and cumbersome for large periods, but in September 1995, with the nation’s favourite athlete winning but tiring and the villainous McCall losing but catching up, the final round felt as dramatic as a heart attack. This bout – Bruno’s fourth attempt at a major heavyweight belt – came seven months after Nigel Benn had left Gerald McClellan a broken man and McCall, with a frightful tongue, promised to do the same to Bruno as “revenge”. McCall’s trainer, Jimmy Adams, didn’t like the narrative but many years later told Boxing News that, contrary to popular belief, Oliver had trained exceptionally hard for his second defence of the WBC title. But destiny, at last, was smiling on Frank Bruno.

DID YOU KNOW? Whip Ernie Draper was behind the scenes for some humongous British fights involving Nigel Benn, Ricky Hatton and Joe Calzaghe but said nothing compared to the noise created on this night when Bruno made his way to the ring.

WATCH OUT FOR: That last round and subsequent celebrations is one of the most memorable in British sporting history.