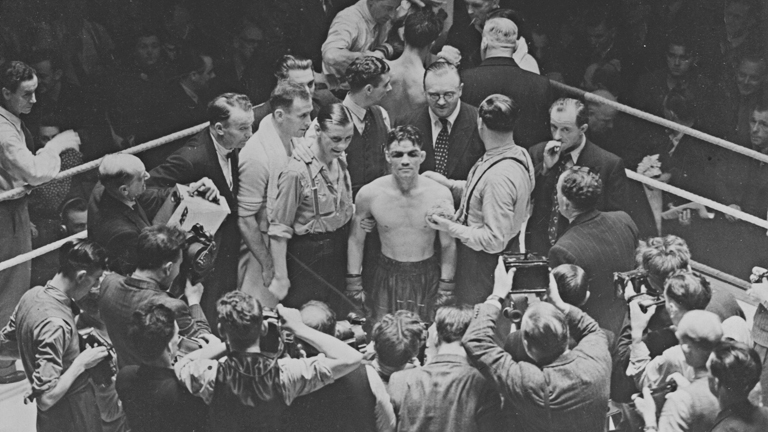 PETER KANE reigned as global flyweight champion for nearly five years, yet he had only three world title fights – and won only one of them. That he is so well regarded is testament to the impact he made by becoming champ at just 20 and also how he packed a big punch, which no doubt came from his job as a blacksmith, which he combined with his boxing career.

Turning pro at 16, Kane was 42-0 when outstanding Benny Lynch proved too experienced for him, knocking him out in 13 rounds of a world title fight in 1937. Lynch was overweight for a drawn rematch and relinquished the crown, which Kane duly won by outpointing top American Jackie Jurich in August 1938.

The growing Lancastrian himself moved up to bantam just a few months later but in 1943 somehow managed to make 112lbs again for a defence against Scotland’s Jackie Paterson, which ended disastrously with Kane ko’d in just 61 seconds. He boxed on at 118lbs and was good enough to win the European crown from quality Frenchman Theo Medina in 1947, losing it five months later. After boxing, Kane continued to live and work as a blacksmith in Lancashire.