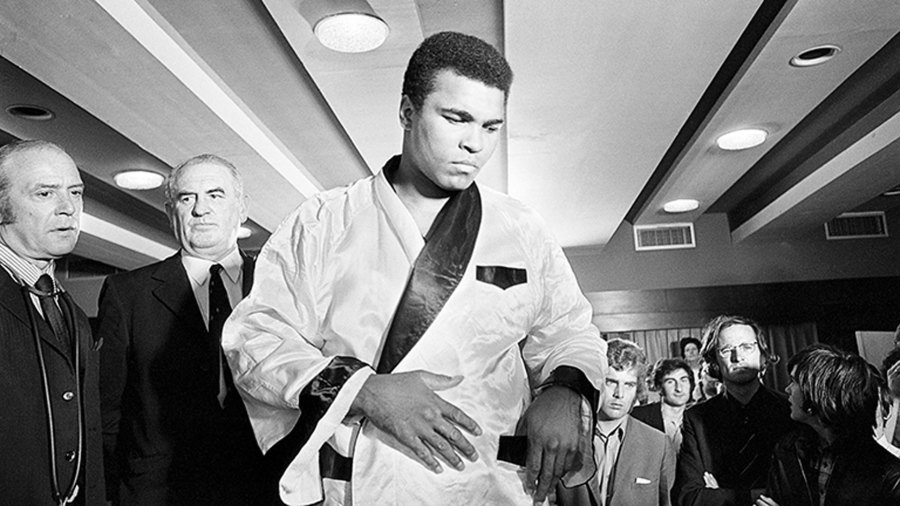 CASSIUS CLAY was still two years away from becoming Muhammad Ali when he was matched with the gifted Doug Jones on March 13, 1963.

Clay had raced to 17-0 since turning professional three years before and his habitual bragging was starting to grate on the nerves of the wise old boxing fans. It had also frustrated former world light-heavyweight champion, Archie Moore, who felt he could teach the young pup a lesson when they were matched in 1962. He couldn’t, of course, and was thrashed in four rounds in Clay’s most noteworthy win to date.

But in Jones, the Olympic champion was matched with an opponent far closer to his peak. The gifted New Yorker was fresh off a win over Zora Folley, and was ranked No.3 in the world – one place below Clay. It was declared that the winner would earn the right to challenge the fearsome king, Sonny Liston.

The bout was staged at Madison Square Garden and the mouthy stylist told everyone he would win in six rounds but, after seeing Jones reading a book called ‘The Rise And Fall of Cassius Clay’, he changed it to four.

It all began badly for the favourite when his habit for pulling away from punches with his hands down allowed Doug to clatter home a clubbing right. Clay rocked back and the 18,732 crowd gasped, wondering what would happen if it was the concrete-laden Liston in there instead.

Clay survived the crisis but struggled to impose his will on his crafty opponent. Jones had little trouble landing both of his weapons, making his foe look amateurish at times. After 10 rounds Cassius was declared the winner, much to the annoyance of the foul-mouthed crowd – who believed New Yorker Jones had done enough. 13 of 25 ringside writers sided with the underdog, too.

Clay insisted it was all part of the plan, as he added the four and the six of his two pre-fight predictions to make the 10 rounds that were completed. Even Clay’s supporters started to doubt their man. Liston wasn’t impressed either.

“Clay showed me that I’ll get locked up for murder if we’re ever matched,” he said.

Did you know… In 1966, Doug Jones met Muhammad Ali in an exhibition match? Jones hoped a good showing might lead to a rematch with his rival, by now world heavyweight champion, but he was soundly beaten while barely landing a punch.

Read this next: WHAT HAPPENED WHEN CLAY MET LISTON?