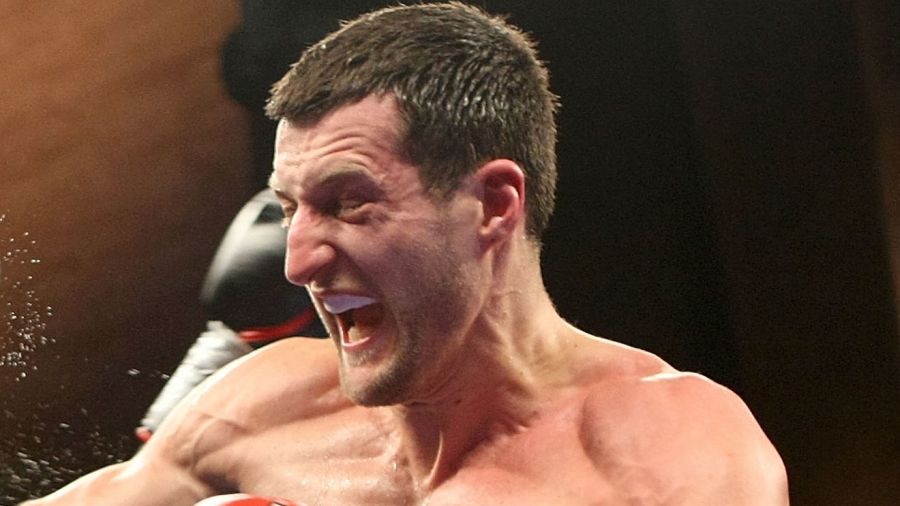 CARL FROCH w pts 12 JEAN PASCAL
Dec 6, 2008; Nottingham Arena, Nottingham
IN a wild and thrilling encounter, Carl Froch won his first world belt when he outscored Jean Pascal in front of 7,000 fans in Nottingham. Future Froch opponent Jermain Taylor had passed on the chance to fight the Englishman for the WBC super-middleweight title vacated by Joe Calzaghe, but Pascal jumped at the chance. Froch started quickly and seemed to hurt his opponent in the opening round. “I felt I caught him cold in the first but I didn’t want to blow a gasket so I kept my composure.” Nonetheless, Froch, never one to blow a gasket, remained tireless throughout as the two fighters engaged in furious toe-to-toe warfare. At the end, Froch triumphed via scores of 118-110, 116-112 and 117-111.

DID YOU KNOW? Tyson Fury made his debut on the undercard when he defeated Bela Gyongyosi in the opening round. It would be the first of five times Fury fought someone with a losing record.

WATCH OUT FOR: The pair exchanging for several seconds after the bell concludes the fifth round. Pascal in particular doesn’t hold back.