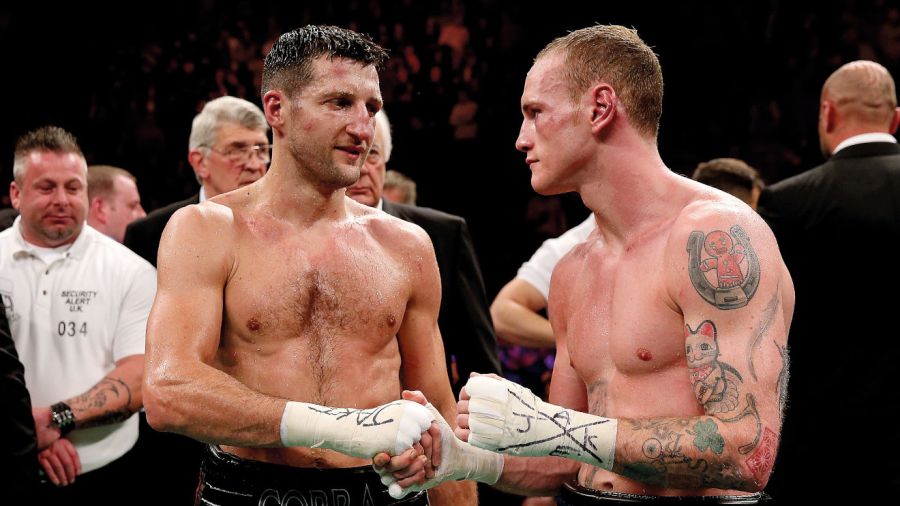 CARL FROCH w rsf 9 GEORGE GROVES
November 23, 2013; MEN Arena, Manchester
THE controversial finish stole the headlines in the aftermath but this deserves its place among the most exciting of all British contests. After Groves did exactly what he said he would do and put Froch down heavily in the opening round from a right hand, the IBF super-middleweight champion had a massive task ahead. Groves boxed beautifully, that right couldn’t miss, but Froch refused to be denied. The challenger was tiring going into the ninth when Froch upped the pressure to leave Groves reeling. Howard Foster’s intervention was questionable but, according to BN at time, also justifiable. What was not in doubt was the tremendous bout that came before.

DID YOU KNOW? Boxing News picked Froch to win via stoppage in the ninth round. We failed to predict, however, the storm of controversy that would accompany it.

WATCH OUT FOR: The astonishing moment in the opening round when Froch looked ‘gone’ after taking a peach of a right hand; the furious manner in which both ignored the referee’s calls to break and the bell to end rounds; and, of course, that finish.