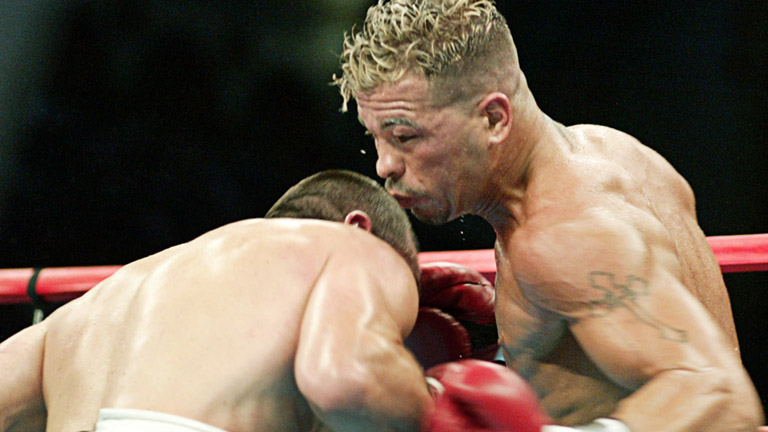 Bloodied, battered and behind on points, Arturo Gatti incredibly rallied to knockout Wilson Rodriguez in one of the greatest fights ever seen at New York's famous Madison Square Garden

THE world did not know of the Arturo Gatti legend that exists today before his March 1996 IBF super-featherweight defence against Wilson Rodriguez.

The 24-year-old had claimed the title three months before, boxing smartly to outwork Tracy Harris Patterson, but he
was forced to embrace the warrior within when things started badly against Rodriguez.

Cut after the first round, decked in the second, Gatti felt he had no choice but to slug away at the challenger. By the third round he was fighting as if it was the last.

Rodriguez stepped in and countered the fire, and by the end of the fourth – after swallowing hooks and uppercuts – he looked like had been set upon by a street gang. His eyes were swollen and bleeding, his legs heavy and unsteady.

In the next session he targeted the body, lost a point for straying low, but floored Rodriguez. Even then the fight looked lost such was the severity of Gatti’s injuries. And yet he trudged forward, instinctively punching, resisting defeat.

In the sixth round an incredible left hook smashed off Rodriguez and knocked him cold. It was a miracle punch from a miracle man, Arturo Gatti.

The spirit of a true champion was never more evident as Gatti – on the verge of defeat – refused to be beaten and staged a remarkable come-from-behind victory in one of the great fights ever seen at The Garden.