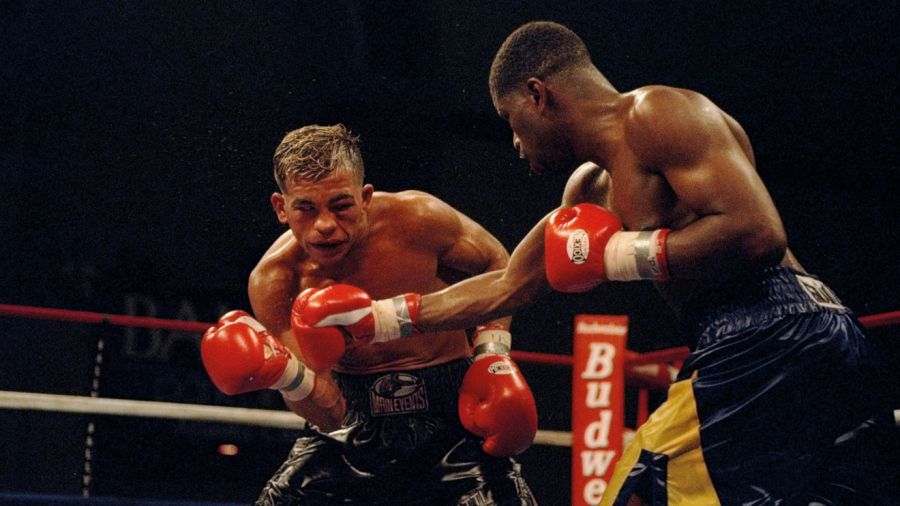 IVAN ROBINSON w pts 10 ARTURO GATTI
August 22, 1998; Convention Hall, Atlantic City, NJ
“A Philadelphia fighter is basically one with a lot of heart, a lot of desire and comes to fight every minute of every round,” Meldrick Taylor once said when asked about the quality of boxers from his hometown. Ivan Robinson was brought up just a few blocks away from where Taylor once lived and he proved his Philadelphian spirit and then some during a terrific slugfest with big favourite, Arturo Gatti. Robinson survived a fourth round knockdown to pummel Gatti and leave his face a swollen mess. By the end of the 10th and final round, observers had witnessed not only the fight of the year, but also the upset.

DID YOU KNOW? According to the CompuBox stats, Gatti threw 40 more punches than his rival (835 to 795) but was outlanded by 400 punches to 274. Indeed, at times it really seemed like Robinson couldn’t miss.

WATCH OUT FOR: All of it. The violence comes thick and fast from the opening round.