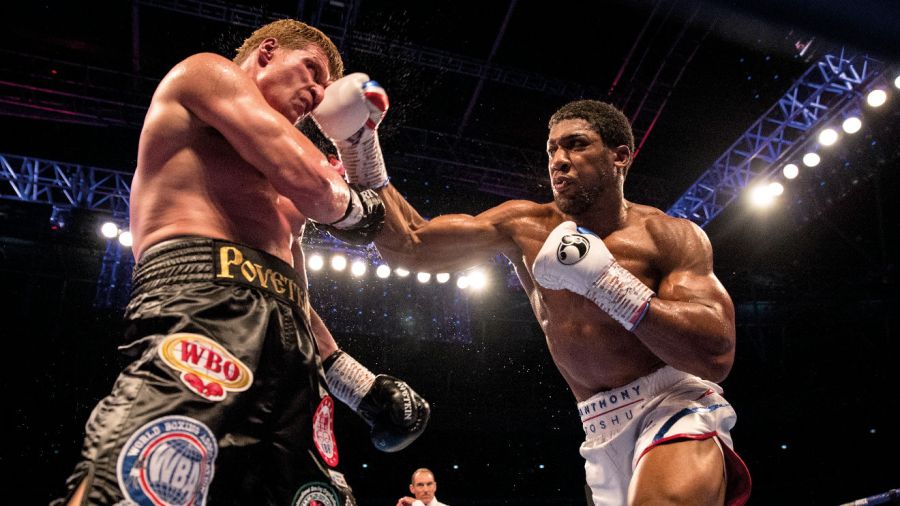 ANTHONY JOSHUA w rsf 7 ALEXANDER POVETKIN
September 22, 2018; Wembley Stadium, London
ANTHONY JOSHUA, bogged down with a cold, came through a crisis to halt Alexander Povetkin in seven rounds. The rainy night left ringsiders wet and miserable long before the opening bell and when Joshua was wobbled and bloodied in the early rounds, fears that “AJ” may lose his heavyweight titles gathered pace. But in a performance that continues to improve over time (boxing history has a habit of doing that), Joshua survived the early and educated assaults from his accomplished foe, made the necessary adjustments and powered through the tiring Russian veteran in the seventh. Not quite a classic, but a battle that will take its place in a fascinating era when all is said and done.

DID YOU KNOW? The announcement that Deontay Wilder and Tyson Fury would collide on December 1, 2018 came just hours before the opening bell sounded on Joshua-Povetkin.

WATCH OUT FOR: The completed six rounds and try to work out one judge (Monaco’s Jean Robert Laine) had Joshua 59-55 up at the finish. Though the Brit exhibited flaws aplenty, the manner in which he broke down Povetkin is highly impressive.