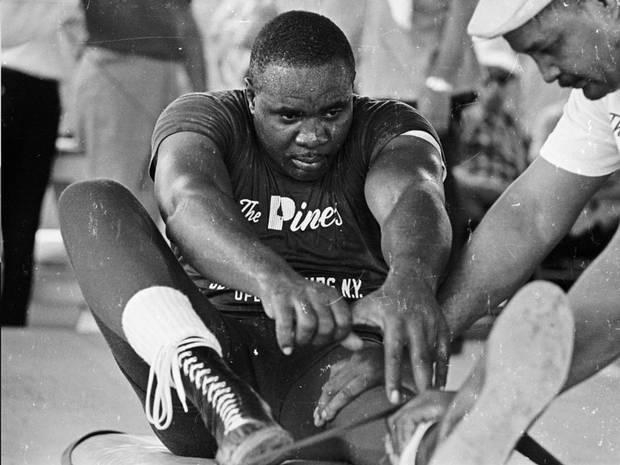 Liston flattens Sonny Moore but his life and career will soon be over, writes James Slater

ONCE a feared, seemingly invincible heavyweight terror, the ageing yet still heavy-handed Charles “Sonny” Liston was in action on this day, September 23, in 1969.

At the time of his third round knockout of one Sonny Moore, the former heavyweight king was thought to be aged around 39 (his exact date of birth remains uncertain to this day, although at the time he was thought to be two years younger) and “Old Stone Face” was climbing back up the heavyweight rankings in search of one last title shot.

As things turned out, this would be Liston’s final clean knockout victory and the last in 14-fight winning streak that stretched back to 1967. After despatching the 20-30-2 Moore – who Sonny had previously stopped by a third-round TKO the previous October – Liston would meet contender Leotis Martin for the newly created NABF title. That December, after running out of gas in a fight he was winning, old man Liston was brutally knocked out himself, with a hard right hand to the head leaving him face down on the mat in round nine.

Following that disaster, Liston, 49-4(38), would win one more bout – forcing the cut prone “Bayonne Bleeder” himself, Chuck Wepner to stay on his stool after nine bloody rounds in June of 1970. But his glory days were now a very distant memory. Approximately six months after the Wepner win, Liston’s decomposing body was found in his Vegas apartment. To this day, stories of murder, of a drugs overdose and of possible suicide abound, with no-one apparently knowing for sure how Liston died.

It was a sad end indeed for a man who once ruled the entire world.