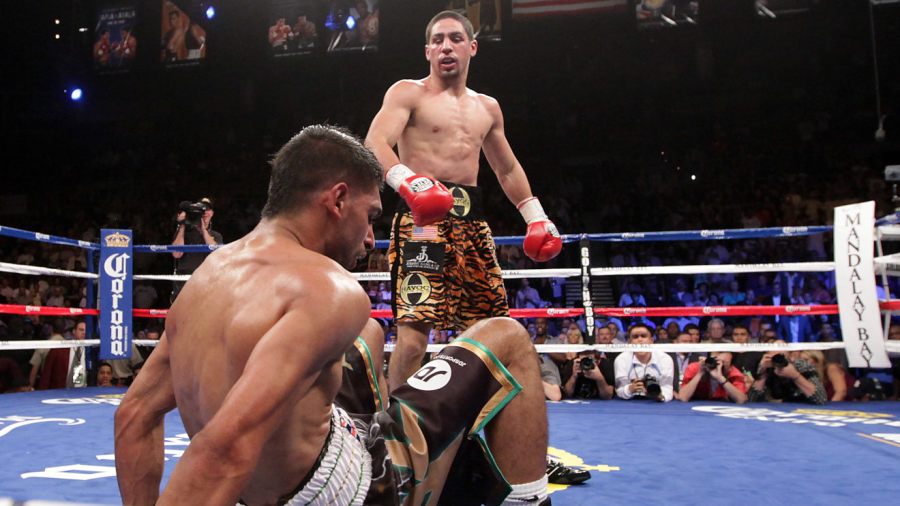 DANNY GARCIA w rsf 4 AMIR KHAN
July 14, 2012; Mandalay Bay Hotel & Casino, Las Vegas, NV
IF ever there was a fight that encapsulates the rollercoaster nature of Amir Khan’s career, it’s this one. There are times in the opening two rounds where he looks irresistible, bouncing in and out and firing rapier blows that open up a deep gash on Garcia. But there are signs, as Garcia hurls left hooks and overhand rights, that Khan is only a wrong step from disaster. And so it proves in the third as a left hook slams into Amir and he plummets to the deck like a chick from a nest. He courageously fights back in the fourth yet his inbuilt machismo ultimately draws him back into trouble and out of the battle for the WBA and WBC super-lightweight titles.

DID YOU KNOW? Phil Lo Greco, who would be stopped by Khan in 39 seconds six years later, cruised to 24-0 on the undercard.

WATCH OUT FOR: The ‘referee cam’ worn by Kenny Bayless so the viewer gets to see exactly how Khan responded to the official’s questioning before he stopped the fight.