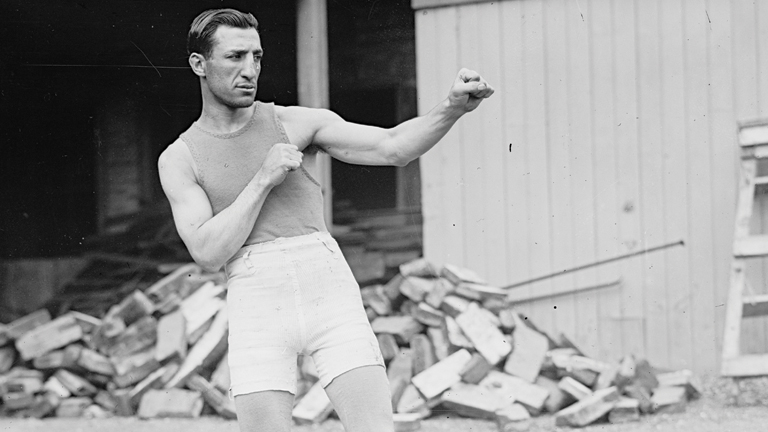 ABE ATTELL, an entertaining, hard-hitting bundle of aggression, claimed the world featherweight title for the best part of a decade in the early part of the 20th century, sometimes riding his luck and sometimes using the No Decision law of the day to keep a firm grip on the championship.

He was a raconteur, a gambling man, a maverick from the “south side” of the slot – the Powell Street cable car line – in San Francisco. He began boxing in his teens and laid his first claim to the championship when he was 20, following a 20-round points win over Johnny Reagan in St Louis, Missouri, in September 1903.

A shock fifth-round knockout by Tommy Sullivan in 1904 diminished his reputation, but two years later Attell re-established himself by outpointing Jimmy Walsh, and until 1912 he managed to fend off all-comers. Owen Moran held him to a 25-round draw in January 1908 and eight months later they drew again, over a compromise distance of 23 rounds. (Moran had wanted 25 rounds, Attell 20). Attell was tough enough to draw over 15 rounds with Battling Nelson, when Nelson was in between spells as world lightweight champion. Some said he got the better of another lightweight champion, Ad Wolgast, in a No Decision fight and though he lost to the young Freddie Welsh, he outpointed Johnny Kilbane before losing the return, and with it, the featherweight championship, in Vernon, California, in 1912.

Attell drifted away from boxing soon after he turned 30, ran a shoe business, did vaudeville work and ran bars in New York City. He married twice and died in New Paltz, New York, in 1970, aged 86.

Abe Attell was named as the bagman for Arnold Rothstein, the gangster who fixed the 1919 baseball World Series. He left the country and his involvement in the scandal was never proved. Attell was notoriously independent, having at least a dozen managers in as many years.