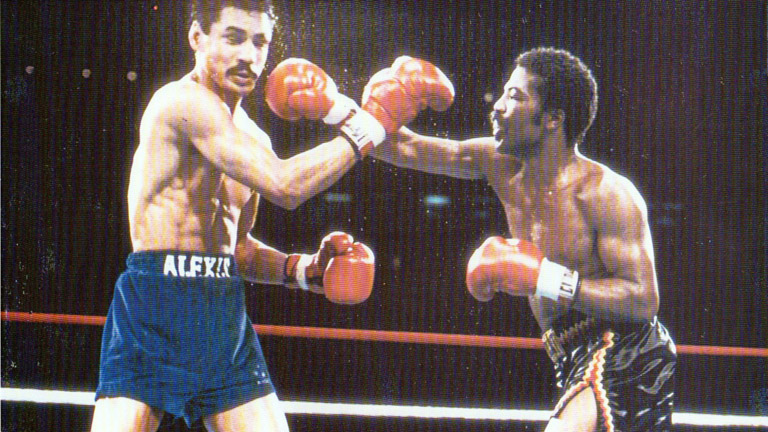 THE favourite was curled up on the ropes in the midst of a terrible barrage when South African referee Stanley Christodoulou intervened. Alexis Arguello slumped to the canvas while an elated Aaron Pryor celebrated.

Has a big win ever meant as much to a fighter?

Pryor had been starved of blockbuster fights, failing to land matches with the likes of Roberto Duran, Sugar Ray Leonard and Tommy Hearns. But Arguello, who had ambitions of his own in becoming a four-weight world champion – the first time that would have been achieved in history – stepped up to the plate.

And they fought like nothing else mattered on a balmy night in Florida.

They went back and forth like bitter rivals with Pryor wounding Arguello over the left eye in round six.

They battled excitingly in the trenches with Pryor busy to the body and attempting to swamp Alexis with his rapid combinations while Arguello, a big puncher, posed a constant threat with his long rights and left hooks.

The pace was breathtaking, the action the highest order.

Then, in round 14, Pryor broke through with every ounce of fury he could muster.

Arguello was backed onto the ropes and took several unanswered shots before Pryor’s hand was raised.

It was an emphatic climax to a super contest.

“Alexis met my challenge today,” said Pryor. “It was the best condition I have been in.”

But the drama did not end in the ring. After the 13th round, Pryor’s notorious trainer Panama Lewis was called asking members of the corner for a specific bottle to revive a seemingly flagging Pryor.

He wanted “the one I mixed” and it was passed to him.

A post-fight urine test was not conducted and many cried foul, that Pryor might have had some kind of ‘help’ to get the win.

Although Arguello’s face was a bloody mess by the end of the bout, he had “knocked Pryor sideways and brought huge roars from the crowd.”

The American was fuming and accepted a rematch to prove the naysayers wrong.

It seemed he had Arguello’s number after all, though, as he battered his rival into a 10th-round defeat in September 1983.

They also broke bread at the International Boxing Hall of Fame, where both were rightfully inducted after they retired, but in 2009 Arguello died in mysterious circumstances from a gunshot to the heart. Some said it was suicide, other felt more sinister elements of Central American society were responsible.

Pryor was broken, for on that night in 1982 their hearts were fused as one in a furious tussle for supremacy over each other.

Pryor-Arguello was ranked No.9 in the Boxing News 100 Greatest Fights of All-Time. Order your copy here