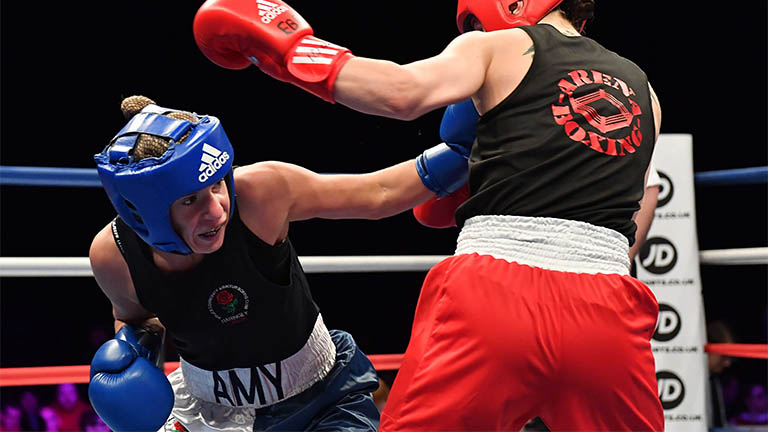 The first Olympic qualifier was due to start on February 3. That has now been called off, and the boxers left waiting to find out what next

THE first qualification event of the new Olympic cycle was due to take place in Wuhan from February 3-14. But with the Chinese city on lockdown due to the outbreak of the coronavirus, the boxing qualifier, for the Asia and Oceania regions, has been cancelled.

Wuhan is a city of over 10 million people and the authorities there have suspended public transport, as well planes and trains from leaving and entering. People in the city are being advised to avoid crowds and public gatherings. At least 17 people are known to have died from the new virus with hundreds believed to be infected.

A host of boxers across Asia, Australia and New Zealand were training towards that February 3 date and are now in limbo as they wait for the qualifier to be rescheduled for another city or country.

Featherweight Amy Andrew is in training camp in Thailand with the New Zealand team, sparring with the Australian and Thai teams. “I don’t care where it is, I just want to know the date,” Andrew told Boxing News. “There’s nothing I can do about it. It keeps everyone on their toes.

“If there are any changes it does impact you, but it’s boxing at the end of the day. If there’s any sport [that disruption’s] likely to happen to, it’s boxing. I’m pretty used to stuff changing around last minute. If I don’t get to go to China, I get to go to another country.”

This camp in Thailand had been going well. “We’ve been training really hard,” she said. “We’ve got a really good team. [It’s been a good] couple of weeks to focus ahead of the qualifiers.”

Andrew, who boxed for Haringey in London, has been gaining international experience. She took on Australia’s Commonwealth Games champion, Skye Nicolson at the World championships previously. “She won but there was not much in it,” Andrew says. “Hopefully I’m a bit more experienced now.”

There will be plenty of other elite boxers to watch out for in the qualifier, when it is rescheduled. “The standard’s really high and that’s a good thing. I’m pretty excited about that,” Andrew said. “For me, this is my dream, to box the best people in the world. So I’m not really put off. I’m excited by it. It’s cool to share a ring with people like that and if I can beat them then that’s pretty exciting.”