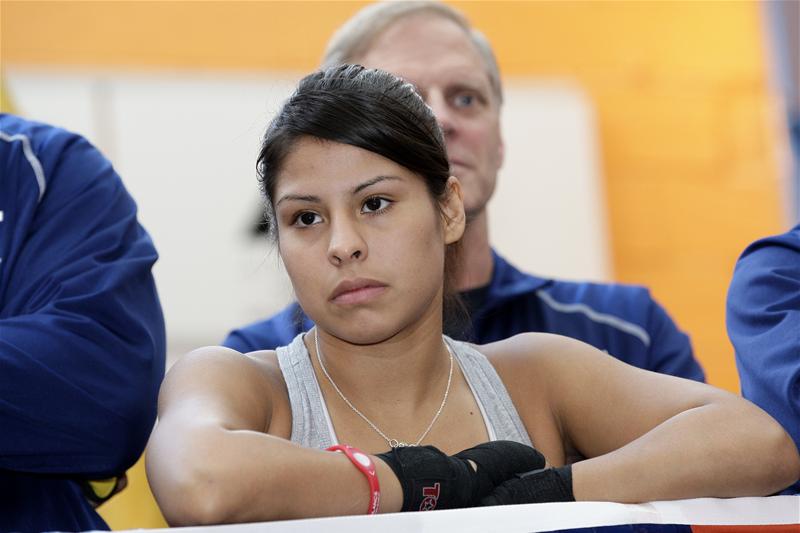 Results from the 2014 championship finals

The final day of competition in Oxnard at the 2014 PAL championships featured an Olympic medallist and several current or former national champions as well as newcomers to the elite national scene.

In men’s light flyweight competition, Melik Elliston (Denver, Colo.) put on a show in his bout with Paul LeBlanc (Pahoa, Hawaii). Elliston gave LeBlanc three eight counts over the three rounds before LeBlanc’s corner threw in the towel to give Elliston the victory.

Former featherweight national champion and lightweight competitor Melissa Parker (Colorado Springs, Colo.) made the move down to the bantamweight division for the 2014 National PAL Championships. She made her debut at the 119 pound weight class a successful one, taking the gold medal with a victory over Amanda Pavone (Burlington, Mass.) in the championship bout.

Jose Balderas (Santa Maria, Calif.) won the first championship of the night for the host state in the men’s bantamweight division. Balderas defeated Sandy Rivas (Fayetteville, N.C.) in their final round contest to claim the National PAL Championships title.

Defending champion Mikaela Mayer (Los Angeles, Calif.) enjoyed a large cheering section of family and friends for her light welterweight division bout with Meghan Karchor (Tavers, Fla.). She sent everyone home happy with a win over Karchor in their championship bout.

Brian Ceballo (Brooklyn, N.Y.) took the victory in the battle of the northeast, winning his welterweight championship bout with James Perellla (Mansfield, Mass.).

Multi-time national champion Franchon Crews (Baltimore, Md.) had a busy night on Saturday at the Oxnard PAL Gym. She opened the evening with a beautiful rendition of the national anthem before her championship bout with Danielle Mitchell (N. Hollywood, Calif.). Crews won a second round TKO over Mitchell in the middleweight final round contest to earn the 2014 National PAL Championship.

The super heavyweight division closed the night and the event in a battle between Cassius Cheney (Charlestown, R.I.) and Raymond Walker (Arlington, Texas).  Cheney took the final 2014 National PAL Championship with a win over Walker.